Find Part 1 of this review via this link.

May | Church services on the road were just a phone call away. All the same, bad behavior abounded among the four-wheeler set out on the highways, and in the year the online “infographic” reached the level of complete popular saturation, “hidden” giants lurked in familiar places.

Among such happenings, what better activity to undertake for an owner-operator than to devote his operation to altruistic activities — such was the case for John C. Gervase, whose book-delivery Pete was profiled. Meanwhile, a self-described ‘liberated trucker-babe’ embraced her ‘inner cougar’ with a new book.

The hours-of-service changes coming in July were the talk of the road, with many operators looking back at the practice of recapping hours and calculating new restrictions on their operations. The Long Haul Survivor raffle rig sold 900-plus tickets at its first event.

As I pondered a “shutdown index” — a measure of industry temperature figured by counting the increasing number of times weekly and/or monthly that readers urged a collective action to bring trucking regulatory needs to the fore — reader Kyle Cantor proposed a Memorial Day convoy that others said might better be called a “parade”.

Collapsing bridges and associated highway maintenance issues weighed heavily on drivers’ minds, and one of them, Tony Justice, laid the groundwork for a new album’s worth of rocking trucking country music.

June | Advocacy around the issue of local parking ordinances saw some movement up north in Minnesota after a Coon Rapids resident taped a nasty note to the window of a rig, a picture of which quickly went viral online, while Campo, Colo., conversely received some kudos from drivers sheltering there during a tornado event.

Readers answered the question “Why was I selected for inspection” with plenty instances of what they considered to be obvious profiling of small businesses to mark them for inspection at scale houses in various states around the nation. Others, however, continued to disagree with the notion.

California owner-operators Tom and Karen Moore stared down their state’s Air Resources Board, joining many others around the country, and an avalanche on the Alaskan Haul Road to Prudhoe Bay occasioned a discussion of the June cover of Overdrive, featuring Lisa Kelly upon her return to the Ice Road Truckers TV series.

What else? It was a busy month. A rash of wrecks in West Virginia prompted increased police patrols, so-called ‘Wireless Roadside Inspection’ inched closer to reality with an XRS company scale-house demonstration and eventual Pride & Polish National Championship-winning rigs were on spectacular display close by to home for me in Crossville, Tenn., among some familiar faces.

July | U.S. DOT got itself a new leader appointed following the retirement (and certain resignation about so many things) of Ray Lahood — when we asked readers just what the Secretary should be concerning himself with, readers sounded off in droves, with two big areas highlighted for concern, hours of service and states’ focus on inspections as the primary highway-safety activity relative to trucks. Many drivers saw hope in an FMCSA-commissioned study showing split sleep may have little measurable effect of safety performance, and the large majority urged a police focus on highway traffic-infraction enforcement and an active highway presence as the best safety tools in their arsenals.

It was a banner month for custom rigs on the blog, after the Crossville Pride & Polish at Fitzgerald’s. Small fleet owners Mike Manuel and Brian Davis‘ classic rigs (a 359 and 2005 379, respectively) were showcased, as was the “Mystery Machine” bull hauling “369” of owner-operator Ronnie Millsaps, splitting the difference between the prior rigs.

Later in the month, Landstar-leased Jon and Miriam Brown’s spectacular Volvo big-bunk converted by a motorhome company and curtainside flat turned heads, likewise a look under the hood of a couple Western Stars powered by serious Series 60s for max power at truck pulls.

Fleet software tools providers began offering the ability to use data to analyze and predict driver safety performance — and even such seemingly nebulous qualities as happiness — and the Priceline pricing model came to LTL loading in a service geared toward small fleets and owner-operators.

If anybody needed further proof that shippers misuse CSA’s safety-ranking numbers to evaluate carriers, they got it.

Owner-operators were taking newly required 30-minute breaks, and attempts to locate some new hours flexibility in a definition change in the rules were debated extensively by commenters. For independents, exclusion of time spent sitting in the driver’s seat from the definition of on-duty time seemed like a potentially favorable option for logging long waits, but such a change at the fleet level, observers argued, could open the door for abuse of company drivers’ time.

August |  Hot hot heat, but this year’s Great American Trucking Show was decidedly less sweltering than many of past years’, affording plenty opportunity for attendees to enjoy a nice and thorny hours of service debate over the new restart limitations, which continued to be high in the minds of the industry writ large.

All the same, one owner-operator held out hope for the next generation after taking his niece out on a flatbed run, and driver Tony Justice came to Nashville not once but twice, recording that new album.

The real unemployment rate, including those not actively looking for work by an enterprising researcher looking to show the true state of the U.S. economy, stood at a whopping 14 percent. Operators got a look at estimated health-insurance premiums under the Affordable Care Act, or Obamacare, for the first time as some state exchanges published hard data.

The Missing Truck Driver Alert Network found a helpful small-fleet partner, and those aforementioned Western Stars with their serious Series 60s were seen in video action at a New York  truck pull.

Yet another infographic showed showed the potential of trucking to the final frontier, proferring a future for raw materials hauling in space.

Find the final installment in the Channel 19 year in review via this link. 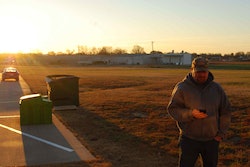 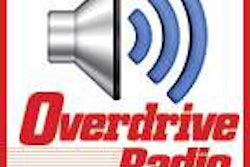