Editor's note: An update made on January 18, 2023, on charger performance and availability three years after this story's original airing, follows the main story.

When outlets are nowhere in sight, a solar battery charger seems like a good fit.

But what about an F-350 with dual batteries? Could a modestly sized panel handle the job?

We weren’t sure what to expect when hooking up Battery Tender’s 15-watt solar panel. We had never tried using solar to charge the truck but were willing to give it a shot because if the big crew cab remains parked too long, the batteries are going to die. That’s just a fact.

Yes, portable battery jumpers have come a long way and can be impressive at coaxing an engine back to life. But they’re not made to keep that truck’s batteries charged up to an optimum level. And letting a battery routinely fall into a zombie-like state and shocking it back to life means a shorter battery life and eventually having to shell out more cash for a replacement.

There’s just no replacement for battery maintenance. I’ve seen the results when they count the most, like following a historic Category 5 hurricane.

Power was out for nearly two weeks following Hurricane Michael where I live. The only way we could keep an idle battery charged up was through a generator. (Life off the grid following a storm gets interesting fast. Those new Teslas we kept seeing before the hurricane were nowhere in sight after the storm and diesel was sequestered by Uncle Sam for government-approved use only).

As you can imagine, there was plenty of work to be done after the storm. I wanted to use our lawn tractor to help haul debris to the front yard for pick-up, but the battery had been sitting for a while. Thankfully, I had been good about charging regularly with Battery Minder Plus, a small charger/maintainer/desulfator, but the last time it had been juiced up was about two months prior to the storm.

Amid fallen trees, our mangled home and crushed sheds, I turned the key thinking that the battery would be dead. But much to my surprise and relief it wasn’t. It had plenty of life and kept cranking the engine until it started—music to my ears!

Keep in mind that this is a Walmart special, an inexpensive EverStart which made the moment all the more noteworthy—batteries that sit unused, even bargain brands, can keep on ticking so long as you treat them right with routine charging. Plus, maintainer and desulfating features make them last even longer. I’ve seen this again and again with my little Battery Minder.

But what about solar? Could Battery Tender’s 15-watt panel handle dual 825 CCA batteries in a ’97 F-350? I was about to find out. First, I just tried placing the panel on the dash. At 14 x 40 inches it was an easy fit. I plugged the charger into the cigarette outlet and waited. The batteries were both at 12.3 volts prior to charging. An LED on the Battery Tender microprocessor would change from yellow to green once the batteries were fully charged. The module would then go into maintenance mode to prevent over-charging and help keep the batteries in top shape.

However, the truck is parked under a tall pole barn where it doesn’t get full sun throughout the day. After about a week of charging, the LED never changed to green. Plus, when exposed to direct sunlight, the panel got hot to the touch. It was time for plan B. I built a mount for the panel, which I show in the video at the top of this story, and secured it to the roof without drilling any holes thanks to magnets and clamps. I used 14-guage landscape wiring and other items which are listed in the description below the video on Youtube.

Three days into the charge with full sunlight and the LED changed to green showing a full charge. Battery voltage went as high as 13.6 volts when charging during peak sun in August.

For trucks that cannot be charged through the cigarette lighter, Battery Tender does make an adapter that will allow charging through the OBD-II port. Convenient 12-volt flat-wire plugs also allow for a quick change-out to battery clamps for direct charging which comes in handy for those other batteries that are waiting in the wings (yes, I’ve got a few). Battery Tender also offers 5- and 10-watt solar chargers and told me that a new model is on the way. We’re eager to test it when it’s ready.

Update: It's been just over three years since I installed Battery Tender's 15-watt solar charger and it's still doing a fine job of keeping both batteries in the F-350 charged up and ready to go. Following several storms, the panel's roof mount is still holding strong.

While Battery Tender no longer offers the 15-watt solar charger reviewed here, they have since updated their solar offerings to include two 5-watt dash or windshield mounted chargers; a 17-watt charger; and a 35-watt charger. Accessories include several solar panel controllers that allow users to remotely monitor and control charging for multiple batteries. 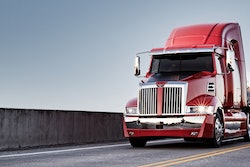 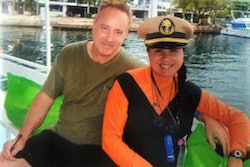 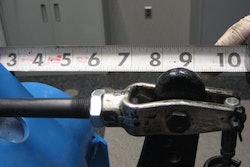 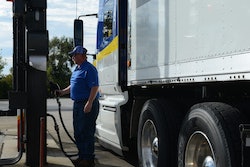