Global truck components suppliers ZF and WABCO unveiled June 28 the next progression in rear-end collision avoidance technology. The Evasive Maneuver Assist system goes a step beyond active braking systems by giving tractor-trailers the ability to autonomously steer around a stopped vehicle should the truck detect it cannot brake quickly enough to avoid the crash.

The EMA active steering system is the next “critical step” in bringing autonomous vehicles to real-world application, the companies said in a joint statement.  ZF CEO Stefan Sommer says the EMA system should be ready for deployment in three to four years.

EMA combines WABCO’s OnGuard active braking system, which has been available in the U.S. market for several years, with ZF’s electrohydraulic ReAX steering system. The EMA system uses sensory data, like radar, to detect a stopped vehicle ahead and offer drivers visual, audio and haptic signals if the truck senses an impending rear-end collision. Should the driver not take action quick enough to avoid the crash — and should the truck detect that road conditions or stopping distance prevent the system’s automated braking system from stopping the truck in time to prevent the accident — the EMA system will take control of the truck’s steering system to steer around the stopped vehicle and prevent the looming rear-end crash.

If the system detects that adjacent lanes are occupied, it will brake as hard as it can in an attempt to prevent the crash or at least mitigate the impact.

For more information on the system, see Overdrive sister site CCJ‘s full report at this link. 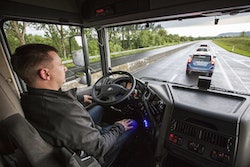 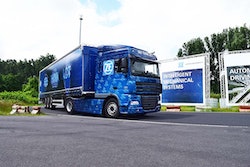 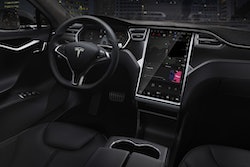 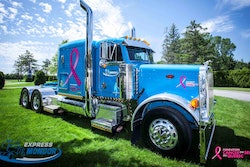