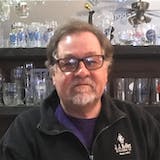 Jeff Clark became a trucker in 1988. He spent his first 13 years as a company driver and became an owner-operator in 2001. He became concerned about health several years later, and in 2007 completed his first marathon. He wrote a health column for Truckers News for three years. In 2012, Clark joined Freightliner’s Team Run Smart program. As he approached 60, Clark chose to slow down and retired from the owner-operator-focused program and moved from a lease to employment as a company driver with Green Bay, Wisconsin-based Paper Transport. He holds a bachelor's degree is Business Administration from Governors State University, and he and his wife, Roxanne, are loving the slowed-down life. The pair are expecting their twelfth grandchild soon.

If you're driving with an advanced driver-assist system, notes longtime pro Jeff Clark in this op-ed on the partnership between safety and efficiency, try to maximize both for greater fuel mileage and more safety.
March 22, 2022 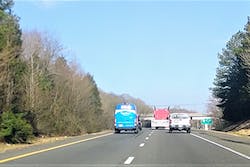