Knowing how to distribute your cargo when loading will help you maximize payload and keep you running legal.

Years ago, a dry van trailer collapsed near El Paso, Texas. The service manager at the Utility Trailer dealership went to the scene to find out what happened. “There was 177,000 pounds of metal castings that came across from Juarez, Mexico,” recalls Chuck Cole, manager of technical sales for Utility. “It hit a major bump on I-10 and broke in half.”

Though most operators will never pull such a heavy load, today’s trailers can handle loads well above legal limits. They’re also capable of handling weight that is poorly distributed, though not indefinitely. Planning your cargo’s positioning lessens the likelihood of trailer wear and damage. Combined with regular equipment inspections and intelligent driving practices, careful weight placement also will maximize your payloads, reduce component costs and help you avoid overweight fines.

Rod Ehrlich, chief technology officer at Wabash National, says many shippers focus on load planning and distribution. An example is the paper industry, which faces challenges of loading paper rolls that can weigh up to 8,000 pounds apiece into a tractor-trailer that is limited to a 48,000-pound payload. “Those rolls are not going to fill up the trailer,” he says. “How you put those in is very strategic.”

One solution is to position the rolls in a zig-zag pattern, with rolls touching to reduce movement and to achieve optimal weight distribution. “Rolls can be 7 feet to 8 feet tall and subject to falling,” Ehrlich says. “If two of those rolls topple over at the same time, they’ll roll the entire trailer over. That happens fairly often because of a lack of understanding.”

Cole, who teaches load distribution policies to trailer dealers, says that once an operator knows the weight of his tractor and trailer, the most critical points to consider are the proper locations for the tractor’s fifth wheel and the trailer’s suspension, using a bit of rudimentary math.

Fifth wheel placement “is sometimes difficult because you have clearances and other factors to consider,” he says. “The basic equation is X (which equals the ideal fifth wheel location in inches) divided by the tractor wheelbase multiplied by the kingpin load to give you the weight transferred to the steer axle.” Once you weigh the tractor and know the scale weight of the steer and drive axles, you can determine the proper fifth wheel location.

Cole says you first need to know how much your axles weigh with a full fuel tank and your own weight factored in. If you don’t calculate those precisely, you run the risk of being overweight when you hit a scale with your loaded tractor-trailer.

The U.S. Department of Transportation requires an annual tractor and trailer inspection by a mechanic trained to DOT standards. You must display a sticker that verifies equipment has been inspected.

Daily or weekly inspections to check welds, bolts and rivets and for deformed parts are advised, says Dan Giles, director of engineering for commercial trailers at Fontaine Trailer. Verifying that load securement points are in good repair is also wise. “Those joints will show signs of stress, deformation of the bolts that may be coming undone, or hairline cracks in welds,” Giles says.

Owner-operator Fred Jones, who is leased to Davis Transport, says he periodically checks bolts on his 4-year-old aluminum trailer. “I go underneath with a wrench and tighten all the nuts,” he says. “Lock nuts have a tendency not to come loose, but it’s a good idea to keep everything tight.”

You also want to check your trailer alignment to facilitate even tire wear. Wabash’s Ehrlich says you can visually spot from the rear of the trailer or looking out the mirror some alignment problems – such as dog tracking, where the back end is trailing to one side.

“More difficult to see is where you have one wheel pointing slightly in a different direction,” he says. “You don’t have a way to correct that other than bending the axle.” It’s very difficult to do, he adds, and axle replacement is generally the solution. ATA’s Technology and Maintenance Council has a recommended practice guideline for trailer axle alignment (RP 708-A) and one for the tractor-trailer as a system (RP 642).

Owner-operator Gordon Bow, who runs Mortgage Hill Trucking under his own authority, says he checks tires weekly for wear and proper pressure. If a trailer is out of alignment, tires wear unevenly and cup, he says. “You can tell a lot about axle alignment just by running your hand over the tread.”

Bow checks brakes regularly and installs dust shields all around to keep out dirt. He inspects wheel bearings to ensure they’re not leaking and lubricates them according to manufacturer recommendations. He checks the air suspension’s bushings and shock absorbers and replaces the shocks at least annually.

During inspections, Cole suggests washing off residue from chemicals used to melt snow and ice. “They will eat up trailer components and the wiring system,” he says.

Bow recommends avoiding jackrabbit starts and hard stops, hitting corners too fast and exceeding speed limits. “Those are going to take a toll on your trailer,” he says.

The key to loading flatbeds is sticking to the trailer’s middle. Most manufacturers start with two main beams in the center and put supporting pieces at right angles. Most cargo should cover the main beams, Giles says. Manufacturers do not specify front or back of the trailer for placement of most loads.

“The main concern with flatbeds is point loading or concentrated loads, and what we call imbalanced loading,” Giles says. “If you’re going to have a concentrated load, we recommend having it toward the middle.” An example is a steel coil. “We usually put a sticker somewhere in the middle, saying ‘Load here’ or ‘Load a single coil between the kingpin and the center of the rear axles,’” he says.

By “imbalanced,” Giles means weight “on the wings or any portion of the deck that is outside the main beams.” For example, if you frequently transport wide-track vehicles with little or none of the weight over the main beams, you can bend or deform the trailer, Giles says. If you consistently run with more weight on one axle, its tires can sustain abnormal wear.

Jones, who owns a 48-foot spread axle flatbed with a tarping system, says knowing your trailer’s center point is critical in determining placement. If you’re handling full-length cargo such as lumber or steel, you can load it evenly on the trailer from front to back. If you have a “split load,” such as pallets, you can start at the center and load to the front and to the back.

Bow keeps notes about machines he’s loaded on his two double-drop trailers. “With a double-drop trailer, you have to belly-load,” he says. “If you can get a machine at one end, you can load miscellaneous equipment and parts at the opposite end to balance it out.”

Heavy loading and unloading wears out a floor. On a wood floor, fibers break down, Ehrlich says. In metal, fatigue shows up as cracks.

Axles often last 20 years or more before fatigue is apparent. However, if an axle is repeatedly overloaded or subjected to corrosion from road materials, fatigue could come early.

Much trailer damage happens during loading and unloading, especially when forklifts are employed. A loaded forklift can put severe stress on floors and walls. Ehrlich says a forklift falls through a floor somewhere daily.

Occasionally, poor weight distribution on rear trailer axles will cause fishtailing, says Adam Hill, of Great Dane Trailers’ engineering department. “I’ve seen it when they move product from the front to rear as they offload product so it’s more convenient for the next stop,” Hill says.

The problem occurs in air ride suspension when there is upward and backward movement of an axle on one side of the trailer and a downward and forward movement on the other side. n

Federal Bridge Formula, also known as bridge law, has been an integral part of trailer load distribution since 1975, when Congress enacted the formula to limit the weight-to-length ratio for a vehicle crossing a bridge.

The formula establishes the maximum weight a set of axles may carry on the Interstate Highway System.

Compliance with the formula can be achieved by one of two approaches – either spreading weight over additional axles or extending the distance between axles.

Some states have grandfathered in higher weights. Some of the higher weights are permitted if spread over a specified number of axles. Several states allow longer combination vehicles. Many states permit higher weights on state roads.

Another exception is that two consecutive sets of tandem axles may transport 34,000 pounds each if the overall distance between the first and last axles of these tandems is at least 36 feet.

For more information, go to ops.fhwa.dot.gov/freight, click on “Publications,” then “Vehicle Size and Weight.”

Using an onboard scale can help you maximize your payload. The degree of accuracy varies, depending on the system used, but even a rough estimate can be helpful until you reach an official scale.

An onboard scale can be an aid in positioning air ride suspension. Some scales sense air pressure and give pressure readings, while others give a digital weight readout.

Owner-operator Fred Jones says he uses air gauges for both his tractor and trailer. “I set my gauges to weigh about 500 pounds heavy,” he says. “As long as I get up to that point, I know I’m going to be OK on weight. Over that weight, I know I should find a scale soon.”

The debate over increasing the maximum tractor-trailer weight limit on federal highways to 97,000 pounds raises an issue not just for total weight, but also axle weight.

House Bill 1799 would raise the total weight to 97,000 pounds. An opposing measure, House Bill 1618, would maintain the current limit of 80,000 pounds on all federal highways.

Any increased weight wouldn’t be all payload. Instead, you have to account for the added weight of a third trailer axle, notes Great Dane Trailers’ Adam Hill.

Since you can’t increase the weight on the drive axle, all of the additional weight would have to go to the trailer’s three axles. “That means the load will end up in the rear of the trailer,” Hill says. “You can’t take an evenly distributed load, increase it and expect all of the weight to fall on the tridem axle. People who are moving loads away from the front of the trailer will have to move them farther from the front. 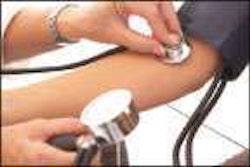