In recent years, governmental agencies and courts have tried to decide if workers are employees or independent contractors. Now a provision in President Obama’s 2011 federal budget request targets the issue.

Obama wants $25 million for the Department of Labor to add 100 enforcement employees and competitive grants to boost states’ ability to address misclassification.

Classification is not a black and white issue, not even to the Internal Revenue Service. ”There is no ‘magic’ or set number of factors that ‘makes’ the worker an employee or an independent contractor, and no one factor stands alone in making this determination,” the IRS states on its website.

The National Employment Law Project reported that between July 2008 and June 2009, at least eight states enacted statutes aimed at independent contractor problems and 20 state legislatures introduced bills on the subject.

Governmental bodies often eye the construction industry for misclassification, but the trucking business also draws examination. For example, the Minnesota legislature referred to committee a bill to create a definition of independent contractors for trucker owner-operators.

Still, on Oct. 13, Brown lost a case against Pac Anchor Transportation and truck owner Alfredo Barajas when a Los Angeles Superior Court entered a motion for judgment in favor of the operator.

On Feb. 24, the U.S. 9th Circuit Court of Appeals denied an injunction request by the American Trucking Associations against the Port of Los Angeles’ plan to require owner-operators become employees of approved trucking companies.

Under its Clean Trucks program, the port contends its concession plan is the only way to help drivers buy and maintain new lower-emissions trucks. ATA counters the plan violates federal interstate transport laws and makes it easier for the Teamsters to organize drivers.

On Oct. 15, the Los Angeles Harbor Commission extended a contract with a lobbying firm, founded by Richard Gephardt, a former Democrat congressman, to advocate changes to the Federal Aviation Administration Authorization Act of 1994 so ports could implement the employee requirement.

On Oct. 18, New York Mayor Michael Bloomberg, an independent, was joined by Newark Democrat Mayor Cory Booker and the Teamsters in asking for this change as well.

The battle continues in state courts. The Kansas Court of Appeals ruled in favor of Nebraska Furniture Mart Feb. 17, stating it was not an employer as defined by the state wage and hours laws and, therefore, does not owe truckers or their helpers overtime pay.

On Feb. 19, Arizona-based Swift Transportation and Interstate Equipment Leasing requested a change of venue to its home state in a suit in which truckers say they were wrongly classified as owner-operators. The plaintiffs, who are seeking class action status, filed in U.S. District Court for the Southern District of New York against Swift, owner of IEL that leases trucks to Swift’s California and New York owner-operators.

On April 21, 2009, the U.S. Court of Appeals for the District of Columbia Circuit ruled FedEx Ground owner-operators were contractors not employees, and, therefore, outside the jurisdiction of the National Labor Relations Board. 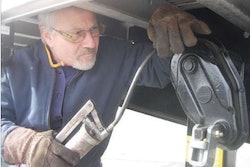 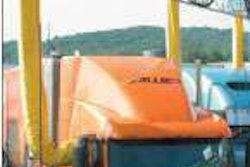