Opposing sides presented views of two Southern California port Clean Truck Programs at a May 5 hearing as part of Congress’ examination of whether it should change trucking laws.

Highways and Transit subcommittee members heard testimony on Los Angeles and Long Beach port programs, which are similar except for the Los Angeles port’s program that would ban owner-operators from regularly serving the ports.

The American Trucking Associations is in a lengthy court battle against the Los Angeles port over this requirement. Last year the ATA won a preliminary injunction against the requirement and is seeking a permanent injunction. The injunction also blocks elements of the concession agreement for companies, including driver hiring, routes, parking restrictions and health insurance requirements.

Also in 2009, Long Beach settled litigation with the ATA by replacing its concession agreement with a motor carrier registration process.

Oral arguments in the ATA suit ended April 29 in Los Angeles, with closing arguments due May 14, but a timeline for a decision has not been announced.

U.S. Rep. James Oberstar, Transportation and Infrastructure Committee chairman, said many ports nationwide are monitoring the ports’ progress “before proceeding with similar programs.”
“This hearing is the first step for this committee to examine the multifaceted problem facing the ports of Los Angeles and Long Beach, and to determine whether a change to federal motor carrier law is warranted,” the Minnesota Democrat said.

The Los Angeles port extended its contract with a lobbying firm, founded by former Democrat U.S. Rep. Richard Gephardt, to push for an exemption to the Federal Aviation Administration Authorization Act. An exemption would allow ports to bar owner-operators from regular port service. Otherwise, state and local entities can regulate trucking only for safety related programs.

On April 27, Congressman Jerrold Nadler (D-N.Y.) and 78 House members sent a letter to the Transportation and Infrastructure Committee supporting an exemption.

“Ports around the country – like the port terminals of New York, New Jersey, Oakland, Seattle and Miami – are grappling with similar obstacles presented by port trucking, but are unable to implement a comprehensive program given the legal uncertainty and injunction against the program in Los Angeles,” Nadler wrote. “Based on these recent events, we believe federal law needs to be updated to ensure that ports can enact and enforce Clean Truck programs.”

John Holmes, Los Angeles port deputy executive director, testified the employee requirement is necessary to enforce program accountability and sustain it. Chris Lytle, of the Long Beach port, told committee members the port had met cleaner air goals two years ahead of schedule.
Joe Rajkovacz, representing the Owner-Operator Independent Drivers Association, provided the committee with a copy of a sample lease under the port concession agreement. It allows a company to decide how much and when it will pay a driver and contains hidden charge backs.

Robert Digges Jr., ATA vice president and chief counsel, testified up to 98 percent of the trucks serving the ports are owned by owner-operators.

“The port refuses to acknowledge that under the federal safety regulatory scheme – which the port police can fully enforce – motor carriers have identical accountability and safety responsibility for owner-operators and their trucks as they do for employee drivers and company owned trucks,” Digges said.

Teamsters union representative Fredrick Potter testified the Los Angeles program is the only successful one of its kind.

“Every other approach, [including] the weak Long Beach program, which accounts for just 250 of the 6,000-plus new clean trucks pulling containers in Southern California, a host of voluntary programs around the country, and recent attempts by ports to couple truck bans with subsidies for individual drivers to purchase either retrofits or new trucks, have all failed by comparison to Los Angeles, leaving their communities choking on deadly diesel exhaust and drivers stuck in poverty while the technology to allow residents to breathe clean air is widely available if political leaders will force the industry to pay for it,” Potter said.

The subcommittee also heard from a licensed motor carrier, an independent drayage driver, the Natural Resources Defense Council and the Coalition for Responsible Transportation. 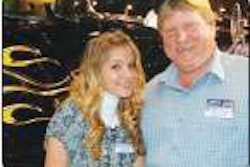 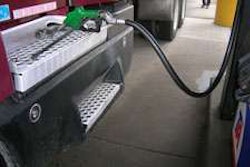