“It was startling for me to learn commercial truck drivers’ life expectancy is 16 years less than the rest of us,” Ferro told attendees Nov. 8 at the International Conference on Commercial Driver Health and Wellness in Baltimore. “That means in eight years I would be expected to die if I were a commercial driver, at age 61. It’s a starling, frightening, and frankly, untenable figure to for us to carry forward.”

Ferro said several factors contribute to the problem with health being a major contributor.

“We can’t sustain figures like that and expect individuals to be healthy contributors to their workplace and their families, and from my perspective, safe on the roadways,” Ferro said.

Ferro said 90 percent of the trucking industry is made up of small business owners, so the solutions to the health problem must be both for the good of the drivers as well as making financial sense.

“From our perspective, a healthy, focused productive person behind the wheel translates into a safer driver,” Ferro said. “It translates into better preventability. In terms of investments that companies make, FMCSA has to have a core role in it.”

These include FMCSA-mandated medical qualifications for commercial driver’s licenses as well as research and ongoing studies that look at driver mortality.

The conference, which was organized by the Transportation Research Board of the National Academies and sponsored by FMCSA and the National Institute for Occupational Safety and Health, continues through Nov. 10. 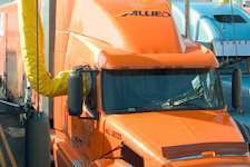 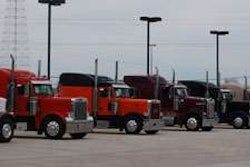 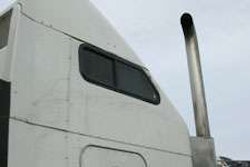