Locations along Interstate 5 through California, Oregon and Washington will be outfitted with anti-idling technology this year.

Electrical power pedestals will be added to six truck stops and travel centers along the I-5 corridor, five in California, and one in Oregon.

Those locations will join four existing truck stops and travel centers along I-5 in the three states equipped with parking spaces with electrical connections, allowing drivers to shut off their engines during rest periods, and plug in communications and entertainment systems.

The Shorepower Truck Electrification Project, a federally funded project administered by Shorepower Technologies and Cascade Sierra Solutions, is placing connections for AC power at 50 truck stops on the nation’s major freight corridors. I-5 is the first of 10 interstate corridors targeted for increased availability of this anti-idling technology.

“When this phase is complete in 2012, we’ll have power pedestals located between 40 and 200 miles from each other,” said Jeff Kim, president and chief executive officer of Shorepower Technologies, which offers existing electrical power pedestals at other truck stops in Oregon and Washington.

The new locations to be added under the STEP program are:

The new sites will have between 24 and 48 parking spaces with electric power availability. 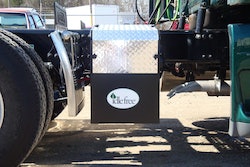 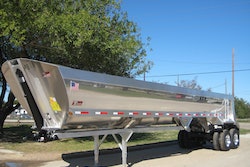 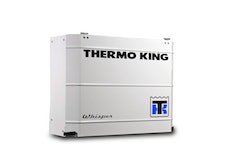