Your stuff — why do you own it?

I learned today more about the reactions of some of drivers who have won the free truck (tractor) that is given away each year at Landstar BCO Appreciation Days. Learned by swapping stories with a friend.

Diane and I woke up this morning at a hotel in Jacksonville, Fla. Two free nights at the hotel (one night for solo drivers) were provided by Landstar to BCO’s who attended BCO Days. Prizes are another feature of this event … lots and lots of prizes. Diane and I sat in the big tent with all others Thursday and Friday night as tickets were drawn and prize after prize was given away. They included $25 gift cards for restaurants, $50 gift cards to Target and Walmart, jackets, toy trucks, flatbed trailer accessory kits, Amazon Kindles, laptop computers, a flat screen TV, $100 and $500 fuel card loads (money credited to your fuel card), and much more.

The biggest prize of all was a brand new Peterbilt tractor. It was given away Thursday night in a ceremony that resembled a game show with five finalists (YouTube video here). When we got back to our Florida house today, I called friends who did not attend BCO Days to tell them about the event. One of them leases his truck to another carrier but knew all about BCO Days because he attended many times when he was with Landstar many years ago. I told him my story about this year’s truck winner. He told me others that he remembered.

Diane and I won no prizes and it is OK that we did not win a new tractor. The rules prohibit its sale for one year. A Class A CDL is required to drive a tractor/trailer. Because we have only been straight truck drivers, we only have Class B CDL’s. We could legally drive the tractor but would become illegal the minute we hooked it to a semi trailer. We are not big-rig drivers; never have been and never want to be.

• On the way back to our Florida house, we stopped at an art fair in New Smyrna Beach. We are still learning the area in which the house (purchased in 2010) is located. New Smyrna Beach is a beach and arts town featuring surf shops and a number of galleries. Their annual art fair is a juried show, meaning the exhibitors are screened in advance to ensure that high quality works are displayed and offered. We enjoyed this outdoor show and picked up a large watercolor painting for the house.

• Diane and I became truckers (expediters) in 2003. When we still loved it after a year, we sold our house, cars and most household goods. Being on the road most of the time, we saw little need to keep them. It felt good to get rid of our stuff and live what I then called a property-free life.

Something clicked inside me in 2010 and I developed a seething hatred for winter. The housing crash made Florida houses easily affordable and we picked one up in May of that year. We call it our vacation house since we still spend most of our time on the road.

It can also be called a safety valve. When winter gets to be more than I care to put up with, we can turn it off as with a switch by going out of service and deadheading to the house. Diane likes the security of having a place of our own to go to if something forces us out of our truck and off the road.

We are still moving into the house and setting it up. When we returned today, the bookcase Diane stained and polyurethaned was dry and ready to move into my office. That meant I could unpack precious-to-me books that survived our 2004 property purge and have been boxed up since. Another purge is in order, it seems, because I have more books than space in this small house.

Stuff. When was the last time you thought deeply about yours? Getting rid of most of our stuff in 2004 was one of the most freeing things we have ever done. You have energy on everything you own, including your papers and files and every single thing that is pack-ratted away or sitting someplace to do something with later. Remembering our freeing property purge of 2004, I am absolutely determined to keep the crap from building up again.

Don’t laugh or think, “yeah, right.” This is a true commitment. When this book project is done, the closet space where the boxed books were kept will be free. My most valued books will be accessible in the bookcase and the others will be given or thrown away. When the project is done, Diane and I will own less stuff and have more free space than before. The closet will be more pleasant to enter because it holds either good stuff or no stuff at all. 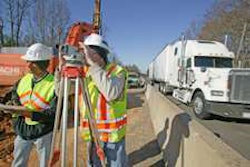