I learned today that a truck stop can be an uplifting place. Learned by experiencing a lift when I entered one.

Diane and I woke up this morning in our Florida vacation house where we have been since early January. We had planned to go back to work soon but did not know it would be today until the phone rang late this afternoon.

We were still out of service and wrapping things up at the house. Today is Wednesday. We had not talked about it but both of us pretty much figured we’d loaf just a little longer and then get back on the road on Monday. This afternoon’s phone call changed that.

Even though we were out of service, an agent called to see if we might take a short run. She explained that her customer called on short notice and that the freight had to be delivered before 15:00 tomorrow. The pick up was about 150 miles away and the delivery was close to our house.

Heavily influenced by vacation inertia, we both hesitated but also realized that this would be a great way to get back into it. A short run would be just the thing to get us and the truck back into the groove. The pay was good too.

Much to the agent’s relief, we said yes. She wanted to do well for her customer but finding a truck late in the day to do a short run in Florida is not easily done. That’s why she called us even though we were out of service. I think we scored some points with her today, which is the name of the game when the freight you haul is dispatched by agents.

• When the phone call ended, Diane and I immediately changed our focus. All of a sudden we were in service and on a load. We did not expect to work when we got up this morning but now we were.

The task then was to drive our truck to the shipper to be ready for the pick up tomorrow morning. But before we could do that, we had to get ourselves and the truck ready. Log books got updated. Diane made the seven minute walk from the house to the boat yard to get the truck and drive it back to the house. We moved our essential stuff into the truck.

Before we moved, we sat quietly for a couple of minutes to think. Are we forgetting anything? Is the permit book in the truck? Where is the fuel card? What about the truck wallet (in which we keep fuel cards, medical cards, passports, etc.)? Do we have our wallets and CDL’s?

This short run will take us right back to the house tomorrow so forgetting things like food or a pair of shoes would be no big deal. But we dare not forget the things that make us safe and legal on the road. Satisfied that we had the important stuff covered, off we went.

Diane drove and I got on the computer in the sleeper. The time flew by and I was surprised when she pulled in for a fuel stop.

I was even more surprised by my reaction when I came forward and laid eyes on a truck stop for the first time since early January. It felt good to be there. The smell of fuel and new tires filled the air. Truck engines roared. The usual array of trucking company trademarks and colors clashed with each other in the crowded parking lot.

That’s the way it is with truckers. Wherever you happen to be feeling good at the time, it won’t be long before you’ll feel better someplace else. 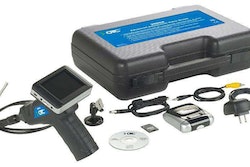 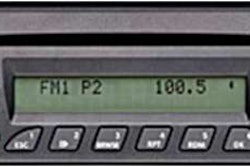 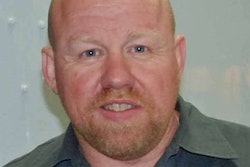