New York legislators are fuming over the state thruway authority’s consideration of a 45 percent increase in commercial tolls, while the Maine Turnpike Authority has scheduled meetings this month concerning a relatively smaller toll hike proposal for truckers.

The assemblyman, a Democrat, said the hike would hurt truckers. Howard Milstein, authority board chairman, had described the increase as “modest.” It also would affect consumers and businesses that ultimately would pay higher prices to compensate for greater transportation costs.

Republican Sen. James Seward said this proposal also would increase traffic for small towns along the thruway because more truckers would seek alternatives to the higher tolls. The authority board is required to conduct an environmental review and hold at least three public hearings before a rate change, Seward added.

If approved, the round-trip cash toll for a five-axle truck crossing the Tappan Zee Bridge would increase from $32.75 to $47.49.  The authority last raised rates 25 percent in 2010 for all drivers.

Also at the authority board meeting, Milstein summarized an independent review he requested after he began oversight of the state’s 570-mile thruway and 525-mile canal system.

On an annual basis, commercial traffic decreased 4.2 percent while total traffic dropped 1.8 percent between 2005 and 2011. Still, the authority outspent revenue “to an alarming degree” and bridged the gap with what the reviewers called “potentially risky” financial practices.

Milstein recommends streamlining to cut expenses, but the authority still needs to find more revenue, the chairman said. Heavy trucks were targeted because New York tolls this category of vehicles at lower rates than turnpike authorities in neighboring states.

The current cash toll for a five-axle truck traveling 106 miles from York to Augusta is $20. If the authority approves the preferred option, that customer would pay $31.88, which would be rounded by a few cents. In the same scenario, but drivers using EZPass would pay $24.65 instead of the current $19.20.

The authority is considering hikes to continue its 30-year plan to maintain and rehabilitate its infrastructure and pay off debt. It likely would vote on a plan this summer for rates that would become effective Nov. 1.

The MTA’s first meeting is June 19 in Auburn, followed by presentations June 20 in Portland and June 21 in Saco.

The authority is accepting written comment received before 5 p.m. July 16. Comments may be submitted by email at dmorin@maineturnpike.com or esullivan@maineturnpike.com. Submissions also may be mailed to the attention of the Maine Turnpike Authority’s Public Relations Department, 2360 Congress St., Portland, ME 04102.

While its most recent budget reduced operating costs by more than 11 percent and refinanced to eliminate $13.6 million in debt, it has not been without problems. Last April, the MTA executive director for 1989-2011 began serving a seven-year sentence, nearly half of which was suspended, for stealing turnpike funds.

More information on Maine’s proposal is available on the Maine Turnpike Authority site. 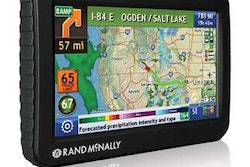 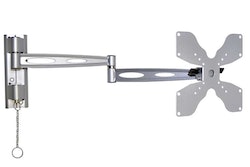 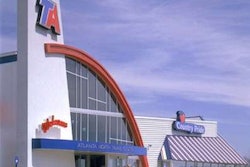