We had to park in a pretty rough place the other night. It was one of those ‘Wild West’ stops, with no discernible parking spaces in a gravel lot. Schizophrenic hobos roamed freely, and I was absolutely certain I was going to see the elusive Lot Lizard as soon as the sun went down. As long as I’ve been out, I’ve never actually seen one.

The Lot Lizard is talked about more than actually seen. It’s the Snow Leopard of the trucking world. Every person I discuss our travels with asks two questions, ‘Where do you go to the bathroom?’ and ‘Have you seen a Lot Lizard?’ I go to the bathroom in a toilet (gasp – I know, it’s too weird to fathom) and I have not seen a Lot Lizard. I once saw what I thought was a Lizard, but it turned out to be a very effeminate trucker wearing short-shorts with cowboy boots. (These are referred to as ‘Good Buddies’ for those of you wondering.)

Other myths surrounding the trucking world include the ‘Flasher Myth’ (purported boob sightings on the highway) and the ‘Sex Myth’ (people DO NOT roll down freeways doing the nasty all the time). It’s also a myth that truckers like to be distracted by dumb asses who moon, scream at them, or otherwise malinger in traffic. It is NOT the height of hilarity to make someone who is wrestling 40,000 pounds (situated directly behind their upper body – where ALL vital organs reside) take their eyes off the road to watch you pick your nose, slap your wiener, or perform some other childish act that could result in an instant and fiery death. If you insist on doing this, screw you. You are presenting with symptoms of a serious personality disorder and need to be checked by your veterinarian immediately.

The most horrifying thing I’ve seen so far is an entire family reading the Sunday newspaper – including the driver. He was merrily running over small animals while checking supermarket ads for a good sale on hamburger. His wife was clipping coupons, and the two children in the back were completely oblivious to the fact that their lives were in imminent danger. When he took his hands off the wheel to point out a huge savings on Depends, he wiped out a family of six groundhogs without even knowing it. (‘Martha, did you just feel a bump?’ ‘Oh Henry, what could possibly go bump? We’re on the highway for God’s sake. Here, have a sandwich to hold while you drive with your knees. Why don’t you just take a nap?’)

I know it’s a lot to ask from the general public (my Dad always told me the general public was dangerously stupid), but try to use at least a modicum of common sense while traveling at a high rate of speed. Keep at least one hand on the wheel and one eye on the road. Cruise control DOES NOT drive for you, and there really are other people on the road who wish to make it to their destination with all limbs intact. Also, flipping a trucker off will not make him go any faster. In fact, I always wonder about the mental capacity of someone who would purposely piss the driver of a 70,000 pound vehicle off. It’s like poking a rhinoceros with a stick. If you truly believe a Freightliner couldn’t roll over your Honda Civic without so much as popping a tire, you are too idiotic to live. Do us a favor, leave civilization and cease breathing the air of intelligent human beings. 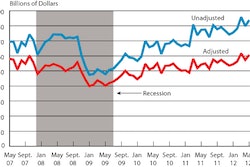 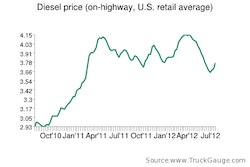