Natural gas holds the most promise for heavy-duty applications, but other alternative fuels are finding trucking niches:

Natural gas certainly supports fleets that want to embrace domestic energy sources. President Obama recently described the United States as the “Saudi Arabia” of natural gas. Available supplies also are expanding because of hydraulic fracturing techniques that are tapping into once-ignored pockets of the fuel trapped in layers of shale.

Shell is predicting that LNG and diesel are going to be the fuels of choice for commercial vehicles as far into the future as 2050. “It’s abundant, affordable and [environmentally] acceptable,” says James Burns, general manager of Shell’s LNG transportation network in the Americas.

Shell recently announced plans to sell LNG through TravelCenters of America facilities. The proposed plans include constructing more than 200 LNG fuel lanes at about 100 TA sites and Petro Stopping Centers. If a final agreement is reached, the first fuel lanes would become operational in 2013.

Natural gas needs to be prepared in different ways to make it a suitable vehicle fuel. Since it holds less energy by volume than diesel, it has to be compressed or liquefied, reducing the required storage space and increasing driving range.

Driving ranges typically dictate the choice between CNG and LNG. Anyone who wants to travel 400 miles on a tank of fuel likely will have to focus on LNG, which is chilled to -160 degrees Celsius and reduced to 1/600th of its natural volume before being stored in an insulated tank. Package vans that travel shorter distances might opt for CNG’s lower energy density.

Propane, also known as liquefied petroleum gas (LPG), is fueling everything from street sweepers to school buses. Propane fleets range from police cruisers to Las Vegas taxis, and test vehicles being run by the likes of UPS, Pepsi and Frito-Lay, says Philip Squair, of the National Propane Gas Association.

“Propane is the world’s third-largest motor fuel already,” Squair says. The United States simply has been slower to adopt it. There are about 200,000 propane vehicles on American roads, but even Poland has more than that.

Propane is stored on the truck at between 175 and 250 psi and can match the torque of an engine running on 104-octane gasoline, says Todd Mouw, a vice president at Roush CleanTech. There are sacrifices in terms of low-end torque when compared to diesel, but larger equipment is emerging. Ford F-650 trucks will come with Roush propane systems by 2013, and the fuel already is used to power 33,000-pound BlueBird school buses.

As with natural gas, the added equipment comes at a cost, but the fuel is cheaper than diesel. Users recently lost tax credits, which reduced fuel prices by 50 cents per gallon and offset the higher price of related components.

Plant-based ethanol supplies also continue to grow in every sense of the word. The 209 ethanol refineries in 29 states generated 14 billion gallons of the fuel in 2011, according to the Renewable Fuels Association. That’s up from 1.6 billion gallons in 2000.

Since ethanol contains less energy per volume, a Flex Fuel Vehicle (FFV) – equipped with corrosion-resisting fuel systems that can handle fuel with higher oxygen content – will see its fuel economy drop 25 to 30 percent when running on E85, which contains 85 percent ethanol and 15 percent gasoline.

The fuel undeniably is easier to source when compared to some alternatives. More than 2,860 gas stations can pour E85, even though most supplies are at E10 levels. This supports light-duty FFV fleets in a large number of locales.

Typical ethanol levels likely will grow to E15 now that EPA has approved the fuel for cars, light-duty trucks and SUVs built since 2001. But Mouw questions just how many of the FFVs will ever burn anything other than gasoline.

Some light- and medium-duty fleets are looking at vehicles that abandon the traditional fuel tank altogether. PepsiCo’s Frito-Lay – the seventh-largest private fleet in the United States – is deploying 176 Smith Electric Vehicles known as the Newton, a Class 4-7 truck that can travel up to 100 miles on a single charge, reducing traditional greenhouse gases by 75 percent. The trucks also are virtually silent, which can be a selling point in an urban setting.

In contrast, hybrid options combine several energy sources in a single package. Every offering includes some unique components, but most designs tend to fall into one of two categories.

The first is hydraulic systems, such as those adopted by several leading waste haulers. They use the kinetic energy from a braking truck to drive a combined pump and motor. When working as a pump, the system transfers hydraulic fluid from a low-pressure reservoir to a high-pressure accumulator. This stored energy is released to drive the motor, which helps the truck accelerate – either on its own or by combining the power of a combustion engine.

The other category is electric hybrids. These power a growing number of urban package delivery vans, using a combined generator and motor mounted between the transmission and the flywheel. The braking energy captured with the generator is stored in a battery, which can be used to drive the electric motor that can help move the truck or drive the power take-off for tools such as cherry pickers, reducing the need to idle. 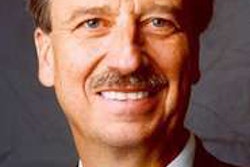 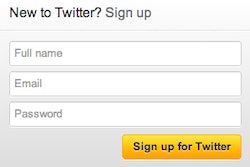