Easing into ownership: The successful path to lease-purchase 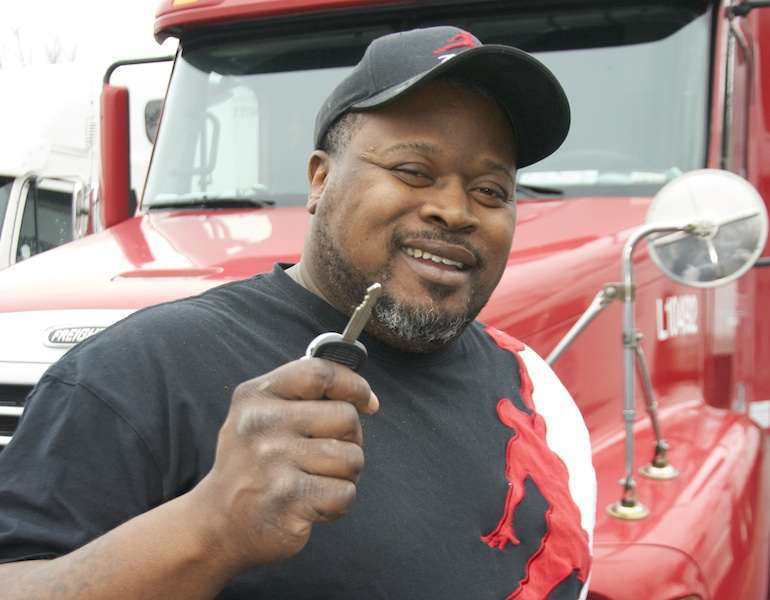 U.S. Xpress lease-purchase operator Andera Jackson advises others considering a lease-purchase to have some mechanical knowledge: “You want to stay out of the shop as much as possible. You don’t want to pay $150 to put in a headlight.”

Among many truckers, lease-purchase programs have a less-than-stellar reputation. Some programs are easy to enter, offering no-money-down no-credit-check guarantees. But they also can make it hard to achieve the ultimate goal: truck ownership. 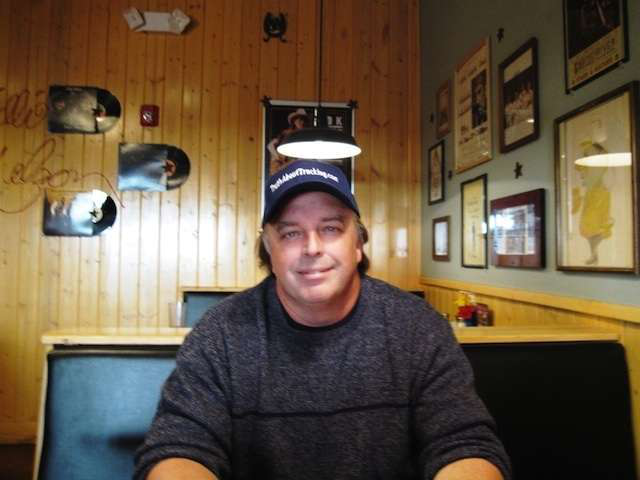 Allen Smith, founder of Truth About Trucking, says that while there are some good lease-purchase programs, participants’ failure rate is high.

“There are some good companies out there with lease-purchase programs that help the driver, but the fail rate with most lease-purchases is very high,” says Allen Smith, founder of Truth About Trucking, a website and Internet broadcast that gives new and prospective drivers an inside look at over-the-road driving.

Smith, a former household-goods-hauling owner-operator who now works as an intrastate company driver in Florida, tried three lease-purchase programs in the early 1990s and never found a way to make them work. His 2011 Truth About Trucking survey showed 77 percent of drivers never complete their lease-purchase agreements.

Some failed because they didn’t understand the nature of the owner-operator business and weren’t prepared for major repairs and other big costs. Others say they couldn’t make the truck payments because their companies reduced their miles near the end of the lease – a common complaint among critics, including Smith: “Most lease-purchases are set up for the driver to fail.”

Unscrupulous practices such as that have earned these programs the unsavory “fleece-purchase” moniker.

Andera Jackson thinks it’s unfair to put all lease-purchase programs under the same umbrella. If you pick the right program with the right carrier, Jackson says, lease-purchase deals don’t have to be financial pits waiting to swallow their next victim. The 42-year-old trucker from Dayton, Ohio, is eight months away from owning a 2007 Freightliner Century financed through a lease-purchase with Chattanooga, Tenn.-based U.S. Xpress.

“You have got to know what you are getting into,” Jackson says. “This is my third lease-purchase. I did two one-year leases before this one. It gave me insights into what’s going on.” He used the first two lease-purchases to trade up, with plans to pay this one off and own the truck outright.

Jackson has 24 years of trucking experience, 12 years as an owner-operator, and says the U.S. Xpress support system helps him with business-related or personal issues that could affect his business. In return, he offers his guidance to other U.S. Xpress drivers considering a lease-purchase.

Grailing Jones, owner-operator development director with Schneider Finance, a subsidiary of Schneider National, also believes support is a must for drivers making the transition to truck ownership.

“Each client’s situation is unique, and their goals are different,” Jones says. “We sit down with each new client and go over their goals. Each new client is assigned a customer relations manager to give them the resources to meet the goals they have set.”

Buying a truck is only part of the lease-purchase experience for a driver who’s never been an independent contractor. To learn about the owner-operator business model, visit OverdriveOnline.com/pib, where you’ll find information on Overdrive‘s Partners in Business manual, 2013 seminars and videos of presenter Kevin Rutherford at past seminars.

Little says the rewards come in the third year and later, depending on how hard the driver has worked and how he has run his business.

“Sometimes it is not about making more money – it is finding ways to reduce expenses,” he says. “Being an owner-operator out of the gate is a tough grind.”

Jackson stresses discipline. “Once I have my bills paid, I put everything else in a savings account to build,” he says. Many drivers “who fail in a lease are those who haven’t saved for a major breakdown. These trucks are mechanical, and something is going to happen at some point.”

These tips can help you succeed in a lease-purchase deal.

LEARN THE OWNER-OPERATOR BUSINESS MODEL. If you simply like driving a truck and think being an owner-operator is an easy avenue to more money, re-evaluate your plans. Eventually you will have the opportunity to make more money – but only if you understand you are running a business first and that driving is just a part of it. Talk to other successful owner-operators. You will hear a lot about sacrifice and discipline. You also will hear a great deal about taxes, profit and loss, permits, paperwork, procedures and regulations. Then ask yourself how dedicated you are to make it a reality.

EXPLORE ALL FINANCE OPTIONS. A lease-purchase path may be the easiest path to truck ownership, but other options could be cheaper and less risky.

COMPARE LEASE-PURCHASE PROGRAMS. If you haven’t been with a company long, establish trust with management and learn the details of the operation. Once your understand your company’s lease-purchase program, call other carriers and compare their programs. Talk to drivers in a contractual deal with a truck.

RESEARCH YOUR COMPANY’S FINANCIAL STABILITY. Most lease-purchase programs tie you to the company until the end of the lease, so the company’s health could impact your ability to complete the lease. If the company is publicly traded, its financial picture is available online and elsewhere. If it’s a private company, don’t be afraid to ask about its long-term financial prospects and its debt level. Learn about its reputation within the industry. Research the economic outlook for its primary shippers. A downturn in freight could reduce your miles and destroy the chance of completing your lease. If the company is just starting a lease-purchase program, this could be a warning sign. Switching carriers is costly, but the cost of a multiyear financial agreement that goes sour could be greater.

CHECK OUT THE TRUCK YOU INTEND TO LEASE. Ask to see maintenance records, and inquire about any major repairs. Make sure all recalls have been addressed and problems fixed. If warranties are offered, study the terms. Determine if the mileage makes sense for the year of the truck. Ask how many times the truck has been leased. This not only will give you insight into the equipment itself, but also the lease-purchase program itself. Numerous leases on a particular truck should be a red flag.

BE PREPARED FOR THE PAYOFF. Some lease-purchase plans, especially in the case of an older truck, are structured so that you own the truck outright with the final payment of the lease. Other plans, particularly if the truck is new or a late model, will have a large payoff, or balloon payment, when the lease ends. In such a case, devise a financial plan that will ensure you can make that final payment. Also in that case, calculate what you will owe compared to the truck’s estimated actual value at that point. You don’t want to be underwater on the truck’s value at the end of lease. Nor do you want to make payments for years and have little or no equity because you can’t make that final payment.

GO OVER THE CONTRACT WITH A FINE-TOOTH COMB. Look out for chargeback items like permits, insurances, taxes and even third-party accounting. Many contracts state that being late on one payment could put you in default. Some contracts run 15 to 20 pages and are laden with legalese. Getting an attorney to review the document might cost a couple hundred dollars, but it could save you thousands.

UNDERSTAND ESCROW ACCOUNTS. A maintenance escrow can be helpful if you are inexperienced with a truck’s upkeep, but some lease-purchase escrows give limited or no control over your use of the funds. There might be a minimum balance requirement that forces you to pay out of pocket for a repair. Other escrow accounts can be required, such as a security escrow to cover expenses the lessee fails to pay. Make sure you can get the escrow balances back when you complete the lease or if you change carriers.

RESIST A HARD SELL. If you get excessive pressure to sign a contract, walk away. A company with your best interests at heart will understand your desire to do further research or get counsel from family, friends or professionals.