Einstein warned us about this

My cousin asked George if he saw a lot of little kids doing the “horn pull” while he was on the road.

“Not as many as I used to. They’ve all either got their heads in a screen or are staring at one on the back of the seat in front of them.”

Unfortunately, so do most of the parents, who are driving the most precious cargo they could ever carry.

I’m completely astounded by the number of people we see on the road with their phone, I-pad, Kindle, laptop, newspaper, pet anaconda, Doberman Pinscher, or complete three-course dinner from Abuelo’s on their lap while driving at a high rate of speed in heavy traffic. Sometimes all at once. (Kidding! I forgot the Starbucks coffee in one hand and multigrain bagel in the other!)

I’m guilty of missing a lot because I’ve got my head in my phone, but I’m usually taking notes and pictures and keeping my friends and family updated of every cool thing I see, because they care. Or at least they pretend to — sometimes I feel like I’m inflicting a never-ending Uncle Trucker slide show on the world with my observations. The point is, I’m not driving and it’s my job to record this stuff.

I also don’t have three kids in the back while I’m clipping coupons and Tweeting about the super-big underwear sale at Macy’s and navigating 285 around Atlanta at five o’clock in the afternoon, attempting to break the sound barrier in my Hyundai. (But only until I’ve passed the big truck on the right and zipped in front of him. Then I’m going to slam on brakes like my feet weigh 11,000 pounds and stand an entire lane of traffic on their nose and send innocent people careening off into ditches for a three-mile stretch.)

I think riding in a big truck for a day should be part of every driver’s education class given. These kids need to have the view I do for a day, so they can see just how many people are absolutely not paying attention to the road out there.

I think the first time you hauled a kid through white-knuckle rush-hour traffic around Cincinnati and over the bridge, getting your doors blown off at 65 by people shaving their legs and talking on the phone, with nothing but a thin strip of metal between them and the raging Ohio River, they’d have a much better understanding.

I, personally, am terrified to drive a car on the highway anymore. I’ve never been exceptionally fond of driving — I’m pretty sure I was switched at birth from a family with a chauffeur — but that’s another story. I’m just fully aware now of the freaky things people do in cars, while operating them at a bazillion miles an hour. 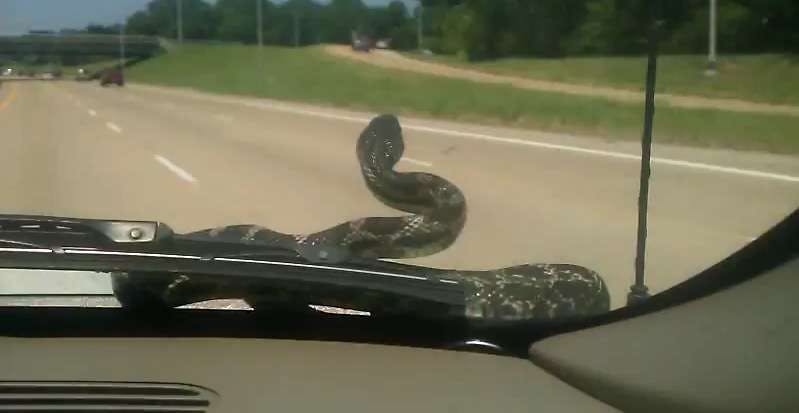 “This makes me want to run screaming and never stop.”

I can’t tell you how many people I’ve seen riding around with giant snakes in their car. I cannot for the life of me think of any circumstance in which a snake would need to be taken on an outing in the car. And aren’t you supposed to tie them up in a sack or something? I don’t even like snakes, but I know enough about them to know they can’t see well, and they can’t possibly enjoy the change of scenery. And if a 25-foot ball python gets car sick, you’re talking about an entire goat being vomited into your lap while traveling at 85 miles an hour. With your stupid pet snake. Who’s immediately hungry again, and guess what the only warm thing in the car is with him? How are you going to stomp on the brakes like your feet weigh 11,000 pounds with a python consuming your leg? And why are you taking a snake on a car ride?

Kudos to the safe drivers out there. Thank you for doing the job right and paying attention to the road. Thank you for refraining from Facebooking about your rad new running shoes and Tweeting that Cheryl is a bitch until you’re at home, with your family, ignoring them and keeping your face in a screen.

And for the love of God, leave your snakes at home. 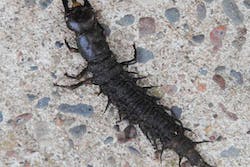 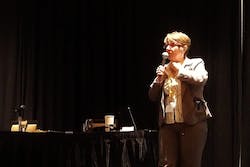 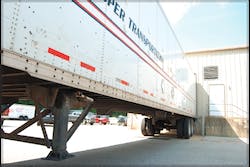 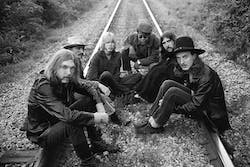 Close encounter with an Allman