Every big organization has a corporate. Corporate is always in some far-flung place, with a cluster of dedicated, meeting-oriented people inhabiting it. They hold the very fiber of the universe together with their conferences and important schedules. Corporate makes the decisions, and the ginormous paychecks.

Although I have never personally been important enough (or meeting-oriented enough) to be a member of the coveted corporate, we have had the…. I would like to say “distinct pleasure” here, but that would just be a filthy lie. It’s been a learning experience, sometimes pleasurable, sometimes so aggravating I want to pull my hair out. So we’ll just call it “exciting,” because it’s definitely not been dull. …we have had the “exciting’ experience of meeting with and getting to know several corporate contacts in the past year and a half. In all seriousness, we’ve met some of the nicest people you’d ever want to know. They’re nice and they must all have the patience of saints, because dealing with corporate assures one thing and one thing only: it takes forever for anyone to make a decision about anything.

There’s a reason I’ve never been involved in anything corporate, and it’s because I’d rather have my eyelids nailed to a sandpaper wall than have 900 meetings about the same damn thing.(Probably why I’ve also never been great at church. I’m not a meeting person, I get bored really quick and start imagining what would happen if the preacher’s hair caught on fire.) Seriously, lay a scenario out for me, give me 15 or 20 minutes to Google a few things — I’ll get back with you in an hour, and we’ll make a decision. Booyah! On to the next project. I cannot, for the life of me, understand why having numerous meetings about something makes that something any different than it was in the first meeting that was had about it. It would make me absolutely insane to never be able to give anyone a definitive answer about anything. Good thing I’m not a politician.

“Thank you for calling the desk of Eggbert Canoodle. You’ve reached his personal assistant, Maude. How may I help you?”

“Hi Maude. May I speak with Mr. Canoodle?”

“Did you have a phone conference scheduled?”

“Uh, not set in stone. He told me to call him at the beginning of the week.”

“Did he specify which week?”

“No, he didn’t get very specific about anything.”

“He’s in meetings until next February?”

“Well, that’s what he does. He has meetings.”

“I tell you what, I’ll leave my information with you, along with a number to the suicide hotline, and you pass it on to Mr. Canoodle, OK?”

“Absolutely. I have a meeting scheduled with him at three-thirty tomorrow. I’ll pass your info on.”

(Disclaimer to all our friends in corporate positions: Calm down. It’s all in good fun, no need to schedule a meeting about it.) 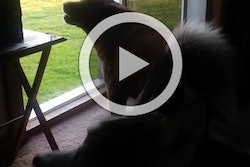 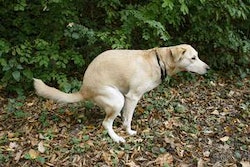 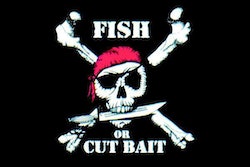