Today was one of those days when you just wonder why in the world anyone would want to be a trucker. Especially in the wintertime.

Between the truck haters in the press calling for the public to arm themselves with pitchforks against truckers and the people who may or may not live close to me or you and definitely don’t eat rat poison or hate truckers, but feel the need to call lawyers on people when they get their truck stuck in the country lane after a snowstorm and 70-mph drifts across three cornfields and they have to call a big wrecker out to move their truck two feet because in the span of time since the truck had been moved the ground unfroze just enough for the drive tires to sink into the mud and refroze around them like a vice when the weather dropped to -17 degrees Fahrenheit.

It’s really kind of a bummer trying to talk to a lawyer while you’re simultaneously handing someone a check for $300 for helping you get a truck off the lane of contention and on the road to make much-needed money. I’m just saying.

Anyway, The Precious is free and safe. Our dear friends at Fox’s Gun Loft let us park her in their lot and she won’t be back down the lane. We leave for Orlando in the morning and as always, George handled things like a professional. Here is a video I shot after watching him wrestle everything he could think of to free her for two hours. I think you can tell from the edge in my voice that I’m on the verge of hysteria, but he just took it in stride and, as usual, methodically tested options until he came to the final choice of having to pay someone to help him out.

I address someone named “Peter” in the video – that’s the guy from Hollywood who wants video of the trials and tribulations of trucking. He wants to see how we act under pressure, and, frankly, I don’t think to pick up a camera when I’m under pressure most of the time. I usually refrain from holding breakable objects when I’m under pressure, which is why I haven’t gotten a lot of video lately. It’s been a stressful winter.

I was under a lot of pressure this morning. Between worrying that George would freeze to death, or at the very least break a finger off, or that the one spinning tire was going to finally catch enough to break the other ones free and shoot him off into the seven-foot drifts like a juggernaut, I will admit to being slightly stressed. And by slightly I mean if I had actually known what my blood pressure was, I probably would have had a stroke.

Anyway, I grabbed the phone and stomped outside to make a video. This was right before I went back inside and had a nervous breakdown. And after that, the lawyer called.

It was a banner day, folks. I wished fervently my new best friend, Mr. Carpenter, had been with me to hold my hair while I puked in the bushes when George told me it was going to cost another $300 to leave the house.

Who is Mr. Carpenter, you ask?

Here ya go – read this. Please feel free to correspond with Mr. Carpenter. I certainly have. And I’ve been kind enough to examine his article and check a few facts for him, and I’ll run my rebuttal on Thursday/Friday. Not that he’ll care, because he’s been bashing truckers for years, but I feel the need to respond, if only to get it off my chest so I don’t explode.

Just another day in trucking. A crappy one. But that’s OK because it still beats night shift at a nursing home, and we both woke up breathing again. So there’s that. 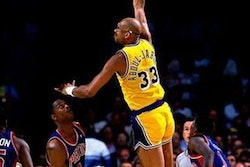 Shower me with a little love 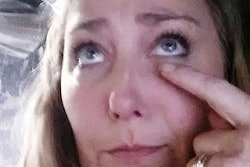 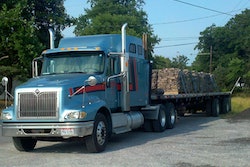