Truck driver John Doe was piloting his rig down a remote two-lane highway heading toward Woonsocket, S.D., on a night when the wind was roaring in the middle of a blizzard.

Doe kept his speed around 35 mph while peering as hard as he could to see through the snow.

Suddenly, his headlights came upon something in the middle of the road — a giant oak fallen across the highway.

Doe pumped his brakes as hard as he could and then locked his fingers into a death grip on the steering wheel. However, try as he may, he couldn’t stop the rig in time and he slammed into the oak.

He wasn’t hurt, but the front of his truck was torn up a bit.

To add injury to insult, Doe was hit several days later with a preventable accident letter from his carrier’s safety director.

He contested the ruling, and the National Safety Council rendered final judgement. NSC ruled in favor of Doe’s carrier, saying he had been overdriving his headlights and was going too fast for the conditions. 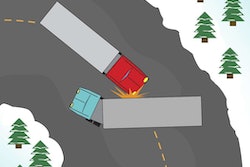 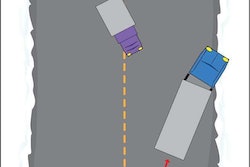 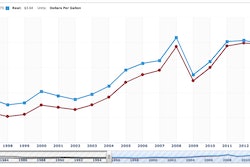