A Mexican trucking trade association has reportedly filed arbitration action against the U.S. and wants $30 billion, saying the U.S. has not fully complied with the provisions of the North American Free Trade Agreement by not fully opening its borders for truck trade.

The report comes from MexicoTrucker.com, who says the Mexican trucking group Canacar filed the arbitration.

The arbitration, per the report, says 30,000 Mexican truckers have been affected by the closed border and have signed onto Canacar’s legal action.

The report also sources Canacar director Jose Refugio Muñoz Lopez as saying that the U.S. government is trying to reach a negotiation with the group.

The Federal Motor Carrier Safety Administration’s cross-border pilot program was also a target in the arbitration action, as Muñoz called the program unsatisfactory as a “mechanism for U.S. compliance” with NAFTA’s border provisions.

MexicoTrucker’s report also notes President’ Obama’s meeting with Mexican President Enrique Peña, where the two could discuss the issue, per the report. 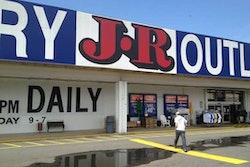 The perils of Driving Miss Wendy, and more ‘No parking’ signs…