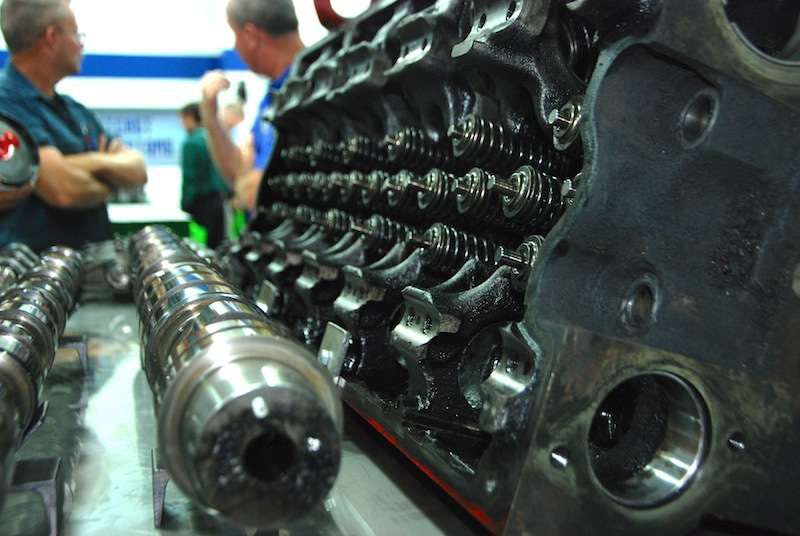 We ask for a lot from our engines, and that’s why it’s paramount to stay on top of maintenance – particularly oil changes.

Unfortunately, when it comes to maintaining their trucks, most busy folks today don’t seem to do enough of it.

How many times a year do you get under your truck to grease it, change the oil, check and adjust the brakes, and inspect the air lines, exhaust system or drive line?

I often hear people say something like this: “I just drive the truck. I don’t work on it.”

I feel sorry for people with that attitude, because they’re missing out on one of the main privileges of owning the vehicle.

Think about it this way: Do you treat your body the same way? Lack of exercise, eating too much junk food and sugar and having poor sleeping habits? They’re all detrimental to your health, the same way that not taking care of your engine can spell trouble down the line.

A diesel engine and a human body are similar in many ways: Both need clean oxygen and a good source of fuel or food, and both must get rid of their waste in a timely manner.

I know many truck owners don’t have garages, but they should, and they also should know how to turn a wrench.

A garage is a deductible for your income taxes, and so are tools. And similar to your body, if you take the time to physically work on your truck, you will feel much better toward it.

So how about your engine’s blood? I’m talking engine oil, obviously, and dirty oil will and does wear out engine parts fast.

Engines make their own dirt through combustion – burning the fuel – and oil is high in detergent, which means it cleans. Your oil filter removes most of the dirt, but every firing of an injector results in more dirt in your oil.

To make matters worse, 2003-07 exhaust gas recirculation engines take the soot that usually collects in the muffler and get pushed out of the stack, and instead puts it right back into the intake manifold.

To use another body metaphor, run up a hill to see how far you can get. Now take a quarter-inch plastic hose, and put one end in one of your nostrils. Then slice the other end at a 45-degree angle and put it in your other nostril so that some fresh air also can still enter your nose.

Now take off up the hill again, and see how far you get.

That’s similar to the way EGR systems work, and much like your hill running, it’s not going to let you get nearly as far as when you’re able to breathe clean air and expel it.

Also just like your body, your engine can’t reburn oxygen, and the air being sent back into your intake manifold not only is filled with soot but also has had the oxygen supply depleted.

When your dirty oil wears out your cam shaft or turbocharger, you’d think a warranty would cover it, right?

That’s not always the case, because the oil in your engine is filthy, and the iron count in an oil analysis will be too high.

Having iron particles in your oil is like having sandpaper in your engine: It’ll wear out parts quickly.

When you became an owner-operator, you became responsible for maintaining your truck, and this means changing the oil.

With truck ownership, you have a big decision to make: Change the oil, or replace the parts. It’s up to you.

If the iron count in your engine oil is at 20 parts per million or less, your engine, if maintained properly, likely will run for more than 1 million miles.

As of this writing, I’m looking at an oil analysis for an engine sitting on my desk showing an iron count between 60 and 79 parts per million. Guess what? It needs a new cam shaft and cam followers.

For this particular engine, parts and labor run $7,170.

How many oil changes is that worth?

-Bruce Mallinson is the owner of Pittsburgh Power, an engine performance shop in Saxonburg, Pa. 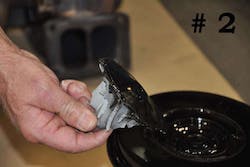 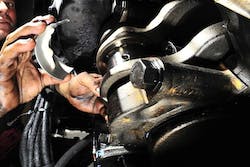 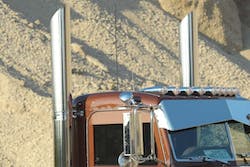 Gaining turbo boost: Start with a new muffler, then look at air intake 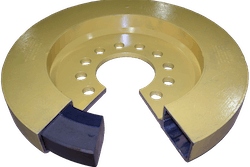