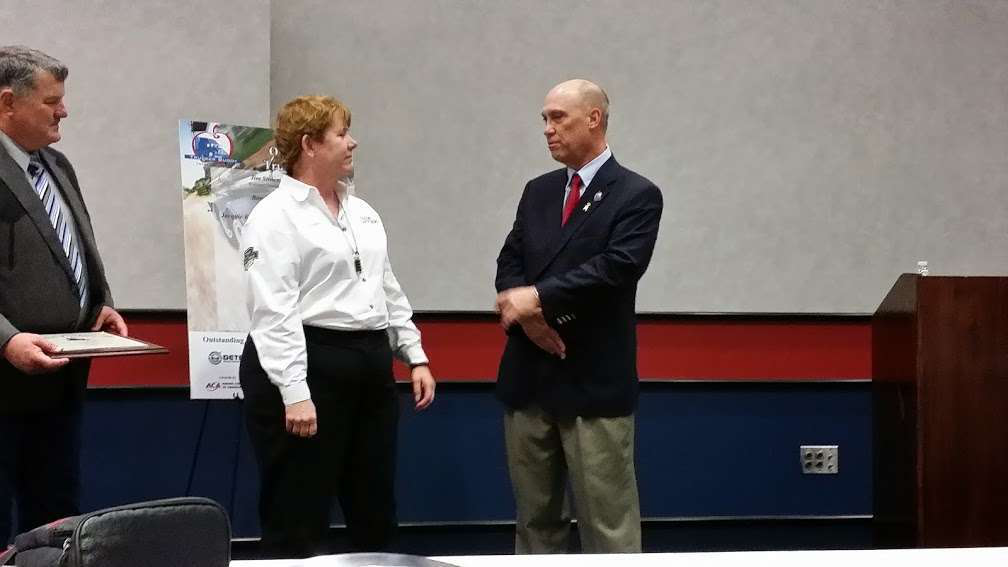 Linda Caffee, driver for FedEx Freight and well known in other circles as a member of the Trucking Solutions Group and blogger for Freightliner’s Team Run Smart, accepts her award for being named a 2014 Outstanding Trucker Buddy from Randy Schwartzenburg, president of Trucker Buddy.

Trucker Buddy International honored its 2014 Outstanding Trucker Buddies at a ceremony March 28 in Louisville, Ky., at the Mid-America Trucking Show.

Trucker Buddy is a pen pal program that matches truck drivers with elementary school classrooms, and the truckers and the classes write letters or send postcards to one another. The teachers involved in the program use the postcards as springboards for lessons on geography and more.

Teachers nominate Trucker Buddies for recognition for the monthly awards in the program.

The Outstanding Trucker Buddies named for 2014 are: