Taxing our patience — in more ways than one

Another tax day has come and gone, leaving me feeling nostalgic, broke and afraid.

Actually, I’m not as scared as I used to be about taxes — we have ATBS doing them now. It’s really nice to be able to send everything to someone else and let them handle it. I never attempted to do the taxes, but the noises that came from George’s office when he did them was enough to make it worth paying someone else to do it. The terrifying mix of birthing-wildebeest and injured-orangutang cries that punctuated every calculator stroke forced me to leave my own home for extended periods of time during early April. Taxes are a distasteful affair, and I’d prefer to have none of it.

The older I get, the more I hate paying taxes. I’ve been on paper with the IRS since I was 14 years old, isn’t it about time they leave me the hell alone? I’d be OK with it if they used our taxes for something other than supporting other countries and invested a fraction of my 30 percent in our own freaking sovereign soil. So much money is squandered, so much is wasted, we do things so ass-backwards, it just doesn’t make sense to continue supporting it. I’d write a scathing letter, but it would most certainly result in an equally scathing audit, I’m sure.

I was under the impression one of the main reasons our forefathers came here was to avoid having their eyes taxed out by a King who was completely out of touch. The added bonus of tobacco and casinos, kindly provided by indigenous peoples, made this a place well worth stealing. Before anyone knew it, there was another power in place, demanding money again in the form of taxes. People were outraged, but couldn’t afford to voice their opinions, because opinions were taxed.

(This could possibly be a filthy lie, but seriously, how did we get from throwing tea into the harbor to paying premium taxes for a sub-par government? This is a rhetorical question, I know how we got here. It all started when hippies quit spanking their kids. At least that’s what my grandad said.)

This year’s tax deadline day was punctuated by springtime snowstorms, just to reinforce the complete insanity and refusal of the winter of death to let go. Mother Nature must have forgotten a few deductions this year, as she seems very angry and wrathful, much like George used to get when he did our taxes himself. I’ll have to introduce her to our guy at ATBS… 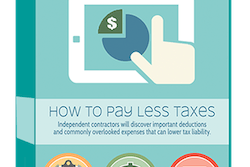 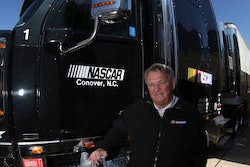