As noted in Overdrive‘s Aug. 11 coverage of the EPA’s grant of permission to California to enforce its greenhouse gas regulations, the California Air Resources Board may now enforce its rules requiring certain aerodynamic add-ons or other devices that improve fuel economy and, hence, reduce greenhouse gas emissions.

The Aug. 11 story, however, only says the EPA’s ruling applies to 2011 and later model trailers.

However, CARB had not been enforcing the rule because the EPA’s Clean Air Act had preempted the state rules. In June 2013, CARB asked for a waiver of that preemption, and the EPA granted the waiver last week, clearing the way for CARB to enforce the rule on 2011-2013 year-model trucks and 2011 and later trailers. 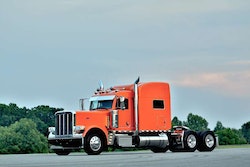