There’s no crying in trucking.

This is a rule that’s been hammered into my head since I started out on this weird little journey, three years ago. I still can’t believe it’s been almost three years, and I don’t think a lot of new readers realize I never set out to do this.

Up until March of 2011, I was a nurse. I worked night shift at an indigent care nursing home, and while the work was personally satisfying, it was also soul draining. Nursing homes are not happy places and night shift sucks. I sustained an injury to my right hand in December of 2010, and by March of 2011 I realized I was going to have to have my whole right hand rebuilt – which meant no work for a while. A one-handed nurse is pretty useless, especially in a place where every one nurse does the work of two people.

Fast forward to the end of April – I had the operation and was recuperating. It was a very long, slow, painful recovery and I was really depressed. George suggested I go out with him for a cross country haul, and since I really had no reason to say no, I did.

Everyone who knew me put bets on how long it would be before George found an airport or bus station to put me on a vehicle of some sort towards home, while he finished his cross country trip. Needless to say, I have never been known as a great traveler. My Mom was so worried about me being in truck stops, I agreed to start a daily blog for her, so I could post pictures and let her know where I was and that I hadn’t been murdered in my sleep by someone lurking at a truck stop.

I not only finished the trip, I enjoyed the trip and I learned more about myself and the trucking industry than I ever thought possible. I also started a blog that gathered a whole lot of attention, because at the time there wasn’t anything else like it out there. There were a lot of people writing about the trucking industry, but not a lot of them had ever even been in a truck for any amount of time. I was absolutely shocked when Overdrive wanted it, and long story short, here we are today. I’m no longer a practicing nurse, I write for a living. I’m no longer a terrible traveler, I enjoy being on the road. Things have definitely changed.

It took me some time to get used to the ugliness of having a public venue in which a great deal of your personal life is aired. I took the mean, hateful comments to heart a lot of the time. I was completely shocked the first time I advocated for truck parking and was called every name in the book — I’ll admit it, I cried. I was personally hurt by the people who have nothing better to do than say disturbing things in the comments section of a web page. Then I realized, those people are the same ones who use the CB for their own personal hate forum, and they do it because they’re anonymous. They do it because they desperately need attention, but don’t have the guts to show their faces. They do it because they can.

The awesome people we’ve met and the superb stories people have entrusted me to report have far outweighed the Negative Nancy’s. I may have cried a little (OK, a lot), but I didn’t quit and I’m so happy to be doing what I do today. 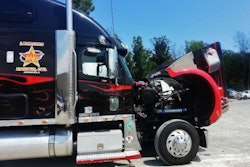 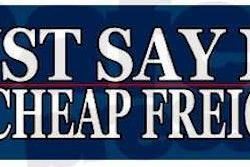 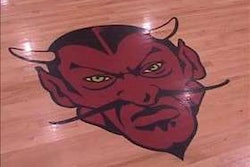 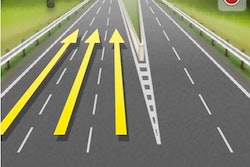