I know this seems like an odd statement, but the trucking industry is pretty tiny. You’d think with three million or so people involved, there’d be no end to the number of folks behind the scenes on a corporate level, but that’s not the case. This is our fourth year at GATS, and we’ve seen pretty much exactly the same ten faces, year after year. There’s not a lot of variation in the who’s who of trucking.

I like the shows, it gives us an opportunity to relax (also know as “drinking”) with the people who make our trucking world go ’round. We get to have lovely meals and listen to stories and tell our own to whoever will listen. These tales are invaluable to me, as my trucking world is all about telling the story.

We were talking to Jeff Clark in the Freightliner booth yesterday, and one of the incidents he told us about not only stuck out in my mind — I might be a little obsessed with it.

He related to us that he was working the booth a couple years ago, and helped get a lady signed up for a program she was incredibly excited about. Apparently, she was so excited that when she hugged him to thank him she licked his face.

She licked his face.

OK, I’m pretty way out there, and I get excited at the shows, too, but I’ve never gone so far as to lick someone’s face over it. When I asked him what he did after she licked his face, he said he didn’t know what to do, which is an incredibly valid answer, considering there aren’t many instances in which you would prepare for another human being (who is a stranger) to lick your face.

I related the story to him in which I was smelled at a Subway Sandwich Shop. A guy standing in line behind me leaned forward and put his face almost into my hair and smelled me. I would never have known he was smelling me had he not been a loud breather. It flipped me out, but I had no reference as to what the appropriate course of action was, so I just got as far away from him as I could and hoped he wouldn’t try to bite me or do anything even weirder than smell me.

I ruminated over Jeff’s story for the rest of the day, and made sure to keep my face out of licking distance when I hugged anyone I wasn’t familiar enough with to know whether or not they’d lick me. I think I might have a mild complex regarding stranger licking now. 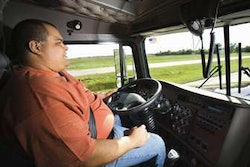 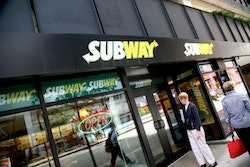 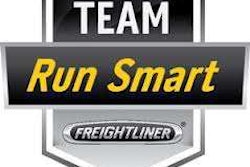 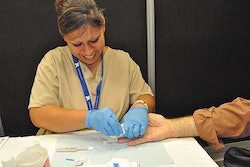