So I finally got to meet Edgar Hansen.

He was at GATS in the Delo booth, and also a judge for the Overdrive Trucker Talent Search contest. We ran into him in the lobby, on the way out to take a smoke break. I froze and couldn’t talk right, but George was as easygoing with Edgar as he is with everyone else, and we all stepped outside to take a quick break.

He was super-nice and really down to earth, and while I should have taken the opportunity to actually ask him questions I could have written a story about, I stood there and stared at him like a weirdo. He and George had a nice conversation, and he was kind enough to be in a picture with me, and I thought that was the last I’d see of him for the rest of the show.

Friday night, I was wandering around in front of the Red Eye Radio stage, looking for George when I almost ran smack into the back of Edgar. I froze again, and instead of stepping up into the conversation he and George were having, I lurked behind them like a weirdo, again. George finally noticed me, and instead of just ignoring my weirdness about Edgar, he volunteers this information to him:

“Oh, there’s my wife, lurking behind you, don’t worry man, I won’t let her get you.”

To which Edgar replies: “SECURITY!”

And they laughed and laughed while I turned 400 shades of red.

So now Edgar Hansen probably has a restraining order against me. George has noted that Mike Rowe should probably do the same. I have noted that George thinks he’s waaay funnier than he actually is.

Sometimes, meeting people you love to watch on television is hard. 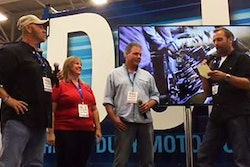 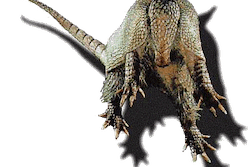 PIB tip: Save every receipt, no matter how small 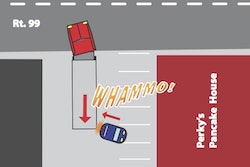