Truck operators will no longer be required to carry paper copies of their medical certification cards beginning Friday, Jan. 30, as the certification will have been integrated into drivers’ CDLs, FMCSA is expected to announce this week.

The change will come into effect a year later than intended, as FMCSA delayed the effective date last January because some state licensing agencies weren’t up to speed on the changes.

Agency spokesperson Marissa Padilla in response to an inquiry from Overdrive this week said drivers can cease carrying paper copies of their medical certification beginning 15 days after it is renewed.

So, presumably, the CDL-medical certification has already occurred for most drivers.

More details are expected to be published by FMCSA this week.

To carry or not to carry: 65 percent of readers say physical med card still key in inspections 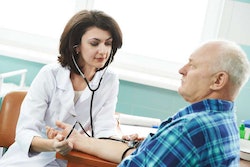 Not so fast on med cards: Non-CDL commercial drivers still must carry