It’s a magical, mystical occurrence, having to do with truckers being paid for time they sit at the dock, waiting to be loaded or unloaded. More often than not, it’s a punchline for a bad joke.

I learned something about detention pay recently. I wasn’t really surprised by it, but now I know why so many companies think they can get away with keeping people, unpaid, for inordinate amounts of time.

We showed up at the delivery, which happened to be a construction site, on time – actually 30 minutes early. George called the shipper, told them he had their load at the receiver, and was 30 minutes early for his delivery appointment. (Keep the word appointment in your head – this is the time the receiver agreed would be best to show up.) He then went to find the people who were supposed to unload us. We brought dock bumpers and plates to a brand new facility, so there weren’t any finished docks to back into. George walked around for about 20 minutes, never found anyone who wanted to unload the dock plates, and came back to the truck. He called the contact the broker gave him, left a message, and started his “appointment clock” at exactly noon – which was the scheduled time for delivery.

At 2:15, a truckload of guys pull into the lot. Their foreman, who was George’s contact, gets out and tells him where he wants the truck so they can unload. He says they’re sorry they were late – they’re from Alabama and forgot about the time change (which is an hour difference). It was pretty evident they had been to lunch, as the people exiting the truck were carrying fast food bags. In reality, what had happened is that they had gone to lunch and left us sitting to wait for whenever they felt good and ready to unload us. George’s two hours and fifteen minutes was of no consequence to them, truckers are just supposed to wait until someone gets around to them, right?

As usual, George was professional and courteous, while I screamed obscenities into a pillow in the bunk, where I was asked to stay after threatening to leap from the cab and shove a Burger King bag up someone’s hind end.

The unload went well, considering they didn’t have a forklift (who the hell shows up to unload a truck without a forklift?) and we were ready to go by 4 o’clock. George called the agent and informed her that he would be needing his detention pay for the two hours we waited while Alabama crew went to lunch. She was astounded that he would even ask.

“Really? Because I guaranteed you I’d have this load here on-time and I did. It wasn’t open-ended. I had a 12 o’clock appointment and didn’t see the first person regarding the unload until 2:15. I have another load booked on top of this one and I need to keep my next appointment time as well.”

She waffled, and told him she had never had anyone ask for detention pay, she didn’t know how to go about getting it for him.

She had never had anyone ask for it.

Detention pay is such a joke that people don’t even bother to ask for it anymore. How sad is that?

She took the necessary information, said she “couldn’t promise anything” and got off the phone as quickly as possible.

“I’ll probably never see it, but they need to know my time is just a valuable as theirs.”

“I would prefer to solve this by using my original idea of stuffing a Burger King bag up someone’s hind end.”

I got the “disappointed dad” face and may have returned to screaming obscenities into a pillow.

And while I know stuffing Burger King bags in places they don’t belong won’t solve the problem, it might make a point to the people who have absolutely no consideration for the time truckers spend waiting for people who make these appointments to get all their rocks in a sock and be able to load or unload them according to a schedule that closely resembles what we know as “human” time. [Breathe…] But that’s just me.

So I can’t rightfully condone Burger King bag enemas, but I can tell you to ask for detention pay. Make it known that you think it’s owed to you when you sit in a dock for two, five, six or twelve hours, waiting on someone who wouldn’t know a schedule if it jumped up and bit them on the very hind end they should have a Burger King bag implanted in, to load or unload you. Your time is valuable, too. 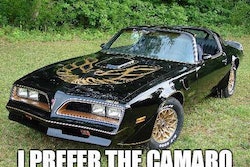 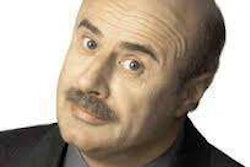 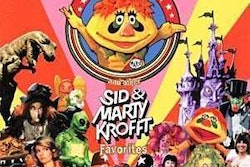