We wrapped up the boy’s 18th birthday/graduation festivities last night with a great show from The Rolling Stones. Consummate professionals, they put on a fantastic set and played everything from “Wild Horses” to “Before They Make Me Run.” It was absolutely more entertaining than the commencement exercises would have been, and something none of us will ever forget.

We’re both extremely proud and happy the kid made it through, but the week of celebration has worn us both out and we’re ready to get back on the road so we can get some rest. A trip to Cedar Point, a big family barbecue, and a ride up to Columbus to see the Stones in 7 days time has made for enough vacation to kill us all. I’m spending the next two days unpacking and re-packing for George and I, so we can go hole up in The Precious and roll on out of here for a while. Time to make the doughnuts. 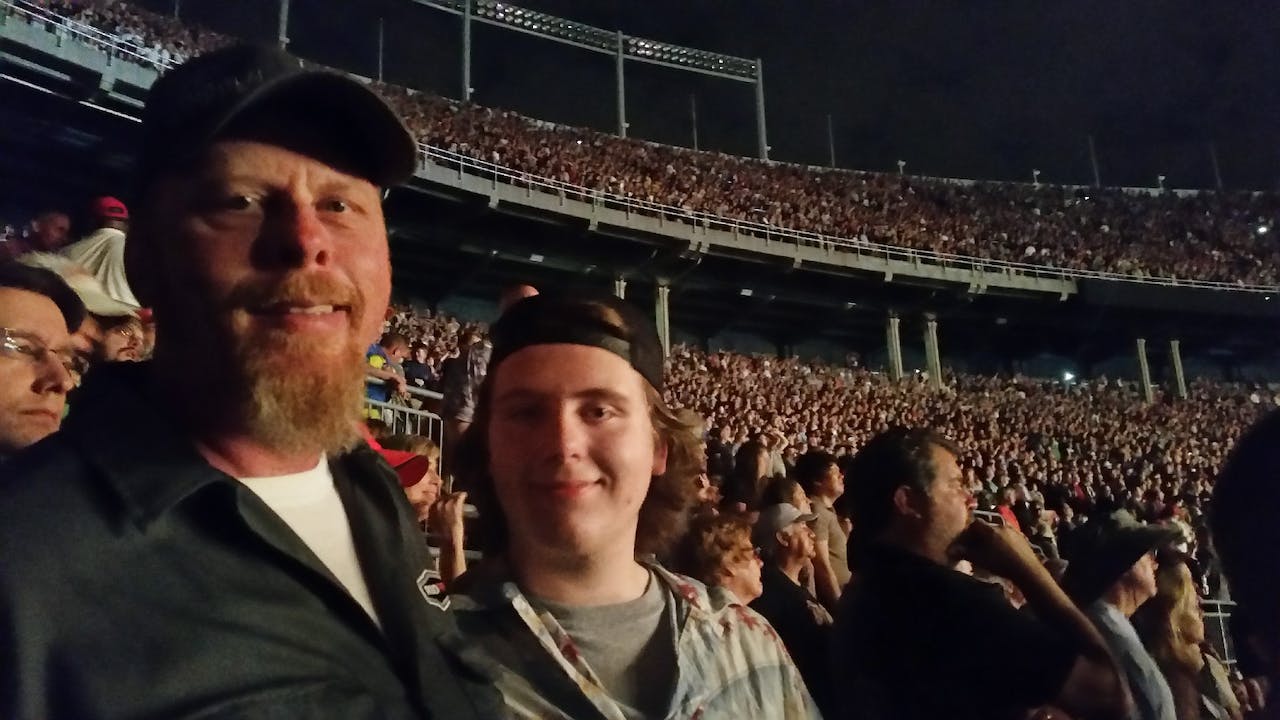 The Georges, enjoying the show

I always look forward to “truck sleep.” It’s usually the best sleep I get. I know why George sleeps better when we’re on the road – he’s working 14 hours a day while I jerk around and take notes about weird billboards, but I sleep better because of the truck sounds. Especially if we idle. No better sleep than when it’s raining, with all the curtains shut, truck idling and A/C cranked to “Arctic Monkey” setting. Our Freightliner has an A/C in it that will freeze a chicken solid, so we have to be careful, or we wake up as permafrost on the bunk, but it’s sleep so good it makes you slobber on your pillow. You know what kind of sleep I’m talking about, don’t be ashamed of a little slobber – and it’s delightful.

I think someone should develop an app for truckers (and riders who love the road) that mimics the sounds of the road, so when they’re on home time they can get the same quality of sleep they get on the road. There are a few noises that come to mind readily, like the purr of a Detroit engine, or the sound of rain on a cab roof. The mesmerizing “tick, tick, tick” a CB mic cord makes as it swings back and forth and hits the dash when the truck is rolling good and steady, and the hum of rubber on the road: all things that could be recorded to induce sleep.

While the developers are at it, they could go ahead and record noises to keep truckers awake, too. Jump on the new bandwagon of electronic “waker uppers” and loop sounds like a Detroit engine with an alarming wheeze, or someone slapping the door of the cab and yelling, “Your front end is over by the CAT scales!”

My personal suggestion would be the “bubbling gut” noise – you know exactly what I’m talking about, the physical phenomenon that takes place after consuming jalapeno Tornados from the rolling rack. It sounds like someone popping bubble wrap underwater. This noise is often the precursor to having to exit the cab and find a bathroom in a quick and forceful manner, and has kept many a trucker awake for the night.

And now that I’ve put myself in the mind of jalapeno Tornados and bubbling guts, I’m wondering if I miss the road as much as I think I do. Let me think about that for a minute…

Se y’all out there. 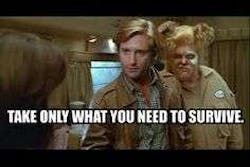 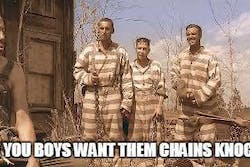 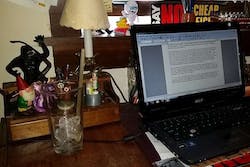 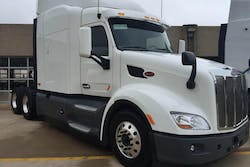