The number of large trucks involved in fatal accidents decreased 5 percent from 3,921 to 3,744 in 2014, according to new data from the Federal Motor Carrier Safety Administration.

In its annual “Large Truck and Bus Crash Facts” report, FMCSA found large truck fatalities per 100 million vehicle miles traveled decreased by 6 percent from 1.43 to 1.34. However, crashes with trucks resulting in injuries increased by 21 percent from 73,000 to 88,000.

These figures do not account for crash fault in crashes involving trucks. They only measure truck-involved crashes.

Approximately 61 percent of all fatal crashes involving trucks occurred on rural roads, and 26 percent were on rural or urban interstates. 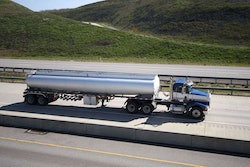