On the site of the Commercial Vehicle Safety Alliance’s Workshop event in Chicago this week, a federal subcommittee of the Motor Carrier Safety Advisory Committee (MCSAC) convened for the first time. The Post Accident Report Review Subcommittee is tasked with making recommendations to the Federal Motor Carrier Safety Administration to potentially improve and/or increase the amount of the data that comes from state and local law enforcement agencies reporting crashes to the federal system.

“We’ve been collecting crash data from the states for about 25 years,” said FMCSA Data Quality Program Manager Scott Valentine. Over the same time, while sister agencies have routinely refined and upgraded their highway crash-data collection parameters, “we’ve not made any major changes to the type of information we’ve collected.”

Section 5306 of the FAST Act highway bill required the convening of the subcommittee and was specific in its directive to the agency. It asked for the subcommittee to conclude its work within a year of the highway bill’s enactment. Its goal is specified as identifying “best practices for State post-accident reports that are reported to the Federal Government, including identifying the data elements that should be collected following a tow-away commercial motor vehicle accident,” typically the least investigated of all three types of reportable crashes involving commercial trucks.

That lack of full investigation in many instances may represent the biggest challenge to improving the information collected, noted several subcommittee members at the first meeting. In the two-hour session, members focused primarily on results of a pre-meeting review of crash reports by four subgroups. Much of the discussion centered around what elements of accident-involved vehicle data are collected by the states. But the discussion also ventured into another action item from the highway bill, data underscoring “the primary cause of the accident,” if determinable.

Today, FMCSA’s Valentine added, “we collect only information about the commercial motor vehicle. We’re not getting the broader picture and not able to tell the true story about what really went on in the accident.” That will come as no news to truckers, who’ve long decried the lack of crash accountability, preventability or fault within the CSA Safety Measurement System as a primary flaw of the system.

Subcommittee Chairman Robert Mills, of the Forth Worth, Texas, police department, noted that even capturing the number of axles in any given vehicle in an accident was “inconsistent across the states” given pressure on officers to reopen roadways in as timely a manner as possible.

The “actual gross combination weight at the time” of the crash, said Dan Blower, a researcher at the University of Michigan, is “not captured by any of the states. I don’t think any states capture it, and none will. My two cents. Often, carriers know what’s in the cargo body, and you can get that but it takes a lot of work” — unless there’s been a full investigation in the event of a fatality or serious injury.

Cause of the crash was noted where it was determinable, though such determinations were subject to interpretation and not easily quantified in most cases. One subgroup of the committee reported crash causation factors were reported by all states. Idaho State Police rep Holly Skaar’s group, however, saw it differently, as states “listed [elements of causation] differently.” The group ultimately took the view that no state truly represented the “primary cause, ” referencing language of the highway bill’s directive to the committee.

Brian Sherlock of the Amalgamated Transit Union echoed Skaar’s contention about causation on accident reports today. “Causation was one of the things we looked at,” he said. Treatment of it on crash reports “varied wildly and wasn’t very meaningful.”

However, he added, “if we want to get to safety, that should be our bogey.”

Not all committee members were in agreement on that front, however, with public safety advocates lining up against the clear concern for crash circumstance/fault data as required by Congress and evident among the transportation professionals on the committee — reps from the Owner-Operator Independent Drivers Association and American Trucking Associations among them.

John Lannen, in particular, of the Truck Safety Coalition, argued against Blower’s idea to include right-of-way characteristics of an accident on post-crash reports by worrying that such data would be used to “naturally assume who’s at fault. There’s always an oversimplification with the cause of the crash,” he said. Too many try “to do it with a short-cut off a police accident report,” suggesting police were incapable of sussing out complicated crashes.

The subcommittee’s next meeting will take place over the summer following four subgroups’ analysis of the following areas relative to crash data:

The subcommittee was expected to conclude its work at the September 2016 CVSA Workshop event in Little Rock, Ark. 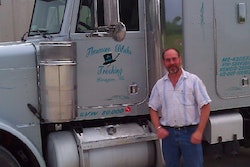 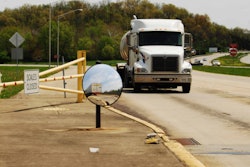