Everything and everyone is getting bigger, and I blame the upsell.

We’re all familiar with it, you’re hit with it seventy-leven times a day, whether or not you’re on the road. You order lunch and get asked, “Do you want extra meat on the sandwich? Would you like to upsize for a dollar? How about a heaping order of fat slathered french fries dipped in grease for another buck fiddy? Free heart attack with every tenth meal! Don’t forget your gallon-sized soft drink and diabetes for dessert!”

Asking me if I want candy is a completely rhetorical question.

Even buying fuel is fraught with danger. “Would you like to add a giant candy bar and energy drink to that for $3.99?” Two things come to mind when I hear that question – first, “Well hell, we just spent five hunnert dollars, why not?” Second one is, asking me if I want candy is completely rhetorical. Of course I want candy, son, put that Butterfinger in the bag and quit playin’.

I don’t mind an upsell when they make sense, but when they’re just blatant attempts to get me to spend more money, I have to make note of it. Example: getting breakfast at a sit-down restaurant, I look for the eggs, bacon and toast meal on the menu, because that’s all I want. They have a special listed, but it includes crepes with the bacon and eggs, instead of toast, and it’s $5.99. I don’t want the crepes, George doesn’t want the crepes, so I ask the waitress if I can have toast instead of crepes and she says no. They don’t do substitutions. “You can get the buffet for $10.99 and it has toast.” I check the menu and realize I can order the meal with the crepes and a side of toast for a dollar more. “I’ll just take the special and a side of toast.”

She shakes her head like I’ve made a terrible decision. “You only get two pieces of toast on a side order, you could have as much as you want from the buffet.”

Now, I’m not great at math, but even I had a fairly immediate understanding that I could get eight pieces of toast and the meal I had in mind and could have ordered in two seconds if we hadn’t started all this upsell business for the price of the buffet. I wanted toast, but I didn’t plan on building a toast fort — two pieces was completely sufficient. I noticed her “Try our breakfast buffet” promo pin, and instead of mathing with her, I politely declined and got exactly what I wanted for $6.99.

Here’s the thing – if she had just said, “We have a buffet that’s $10.99 we’re pushing right now, and I get a bonus for selling it, but you could get the special and a side of toast for $6.99,” I probably would have ordered the buffet, because I’ve worked in restaurants, and I understand the pain enough to throw four bucks at a bonus for a waitress.

Unfortunately, you never get an upsell when it could actually be beneficial. Like at the shop you’re broke down in, somewhere between Timbuktu and Arkadelphia, “Would you like four hours of service time for the price of three with this incredibly expensive repair we just did?” or, “How about a free shower to wash the vomit off yourself from when we told you how much this was going to cost?”

I kid. I understand it’s part of the retail job to upsell and most of the people doing it aren’t nearly as enthused about it as management would like them to be. It’s not their fault I have no will power when it comes to candy, but I will draw the line at toast. So there’s that. 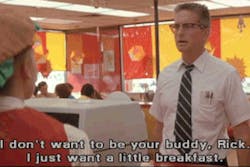 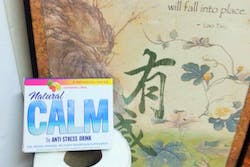 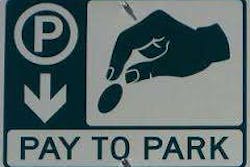 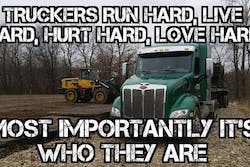