At the end of the second installment of this piece of Halloween fiction from Wendy Parker, heroine and trucker LaRonda’s pulled into the zombie apocalypse’s version of a scale house with her zombie codriver at the wheel and is accosted by the Half-Chip on duty. The Half-Chip startingly appears when LaRonda, thinking she’s just run over a human child, ignores protocol and exits the cab in the dark catacomb, where we pick up the story … (Click here to read Part 1 in full. Click here to read Part 2 in full.)

Unit 001300/2, or “Jim,” as he had begun his human life so long ago, was an anomaly. The Half-Chip still thought of himself as “Jim,” and that in itself was a characteristic developers had tried to erase when they upgraded to second-phase chip implants. It was a glitch and carry-over from first-gen chips they never had ample time to work out before the Enforcers insisted on moving to second phase. Mandatory updates hadn’t erased biological needs for self image in about than 6 percent of the HCUs, and a quick programming band-aid wasn’t enough to keep that 6 percent from continuing to identify as human.

Jim had never signed up to lose his humanity, he was told his “service” was an asset to the system and a liaison to the people. It was always Jim’s belief that his humanity is what made him both, even after his initial download into the grid. It was too late to turn back when he realized the Enforcers had no intentions of recognizing human traits as acceptable past the third phase. Updates that were originally scheduled for years ahead were being rushed. Second-phase came a full 18 months ahead of schedule and was hurried through Regulation Administrators under the cloud of “safety” before anyone realized the actual intentions behind the upgrades.

The humans who thought they were in charge never realized they weren’t until it was too late. By their own creation and demands, they had outdone themselves to a level of destruction only the machines could rule.

But as humans do, they made mistakes. And these mistakes allowed Jim and the few Half-Chips who wanted to be human to find one another, and network through the human truckers who passed through their check-points. The Enforcers could monitor the driver’s location, electronic transmissions, credits used or not used, safety equipment, sleeping patterns and co-drivers, but they could not read their minds and they had failed in realizing the power of their own creator – the human mind.

Jim knew LaRonda was routed through his checkpoint weeks before she actually showed up. He saw very few true humans anymore, and females were especially rare. The biological male left in him couldn’t help but anticipate the meeting with excitement. She was not only human, she traveled with an ancillary animal, which was almost unheard of. Jim hadn’t seen a cat or dog in years, and a true human female in almost as long.

He carefully placed the hologram projection at a point where she could exit the truck in the catacombs without triggering system-wide sensors. Only his station would alert when she opened the passenger door. He bet correctly on her human nature to assist another human would override her fear of the consequences. It also affirmed his belief that she would help him get the information he needed to the next checkpoint with an anomalous HCU.

“LaRonda Pettibone? Is that you?”

LaRonda snapped up so fast she nearly fell over. She hadn’t heard anyone actually speak her name in so long, she almost cried with the impact of it. She was scared and she was mad because she was scared and she really, really wanted to play “damsel in distress” and faint, but she was afraid of where she’d wake up. All she could think to do was stand up straight and act like she knew what she was doing.

Jim felt terrible about scaring her, but his auto-response over-ride kicked in.

“Exiting the vehicle without a tablet is a violation.”

LaRonda wanted to slap his plastic face, but she remained calm. She wasn’t going to let this robo-cop bully her.

“I’m aware of violations. Request permission to retrieve tablet for extenuating circumstances report to be filed.”

Jim wished she would stop saying all the right things. Her correct and measured answers were playing hell with his auto-response. He showed her his hands in a gesture of surrender to break the pattern.

LaRonda was confused, but she was methodical and careful, even in her confusion. Her main concern was the little girl, even though she knew beyond a doubt this HCU was malfunctioning like a mofo and she should probably get in the truck for her own safety. She asked questions as she slowly backed toward the passenger side of the truck.

Jim was so relieved she finally made a suspicious move. He was able to easily break protocol and talk freely, maybe too freely.

“She wasn’t real, LaRonda. I set her up to make you stop where only my sensors would alert when you exited the truck. I’m not a regular HCU, LaRonda, I’m an anomaly, there’s a group of us, we want to be human again, LaRonda, we’re integrated with the grid, but we still have minds. They can’t read our minds, LaRonda, and they can’t read yours. We know where the zones end, because we have the entire system mapped in our memory, LaRonda. We need the truckers, the human truckers, to take us there. We can show you and we can go, if you’ll help us.”

LaRonda stopped backing away, mostly because she was dizzy from the barrage of sensory overload. She hadn’t heard a human voice in so long, and now one was coming from a Half-Chip, telling her he’s got buddies who can do the same trick.

“Look, I’m not sure if you’re malfunctioning, or this is a trick to see if I perform correctly, but I gotta go. I gotta file a ton of reports and hope I’ve got the skin to cover the hole in my ass this whole thing is gonna tear.”

Jim had expected this. Time was short, he played his last card.

“Let me pet the cat, LaRonda. I haven’t seen a cat in so long, let me pet him, he’ll decide if I’m telling the truth or not. The cat will know.”

The fact that he called it a “cat” instead of an “ancillary animal” is the only reason LaRonda even considered his offer. That and the small, burning desire for it to be true that he wasn’t malfunctioning and there was actually hope for a future beyond credits and certified air. She climbed into the truck, carefully unzipped Rufus’ closet, and calmed him while cautiously allowing the weird and possibly malfunctioning HCU to gently stroke his fur. She fully expected Rufus to freak out and bite the shit out of both of them, but instead, he purred. Rufus purred and the HCU leaked fluid strongly resembling human tears from its left eye. LaRonda need no further confirmation. There was hope. 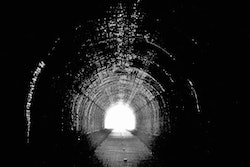 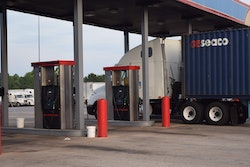