Autonomous trucks will drastically change the trucking industry, says the American Transportation Research Institute in a new report, with implications ranging from major regulatory reform to greater efficiency and safety, as well as infrastructure updates, an altered legal landscape and new labor market.

ATRI also says truck operators shouldn’t fret about job security, as automated trucks will still require human operators in the cab. Public policy will likely dictate this too, per the report.

Roadblocks still remain, however, before the U.S. trucking industry sees any substantial uptake of the technology, the report notes. The biggest hurdle is infrastructure upgrades necessary for the best operation of autonomous trucks, including smoother highways, better signage and highway-to-vehicle communication instruments. Such investment is out of the hands of private sector companies like motor carriers and falls squarely on the shoulders of the public sector, ATRI notes.

“The industry relies on an interstate highway system that facilitates the free flow of goods between the states. As AT technology is commercialized, it is critical that the state and local laws do not create disparities that limit commerce and obstruct the successful adoption of these potentially safety- and productivity-boosting technologies,” ATRI writes in the report.

Likewise, concerns about cybersecurity, reliability and maintenance must be resolved before automated vehicles reach widescale deployment. Regulators and courts must find answers to the questions swirling around crashes and liability therein.

However, once these issues are worked through in the coming years, autonomous vehicles pave the way for reforms to regulations like hours of service regulations and the CSA carrier rating program.

The 30-minute rest break, the 14-hour on-duty limit and the 11-hour drive-time limit may all be on the chopping block once automated vehicles reach wide-scale deployment, ATRI says. Weekly limits on on-duty and drive-time hours will also likely be ripe for reform.

“Truck driving as a career may become more attractive as Level 3 and Level 4 [autonomous] trucks are commercially available. Automation may relieve some of the stress and monotony of driving long hours and…could allow drivers to work on tasks such as logistics while the vehicle is moving,” ATRI says. “The ability to rest while driving in the Level 4 environment could enable drivers to be at home more often rather than parked at distant locations.”

Per ATRI’s report, other trucking issues that could be mitigated by autonomous vehicle use include the truck parking shortage and increasing congestion on U.S. roadways. Likewise, automated vehicles will cut down on accidents related to distracted driving, the report says.

ATRI estimates in its report that autonomous technology would add about $30,000 to the price of a new truck. Likewise, new costs could emerge from inspections, maintenance and updates to the vehicles. ATRI did not calculate a return-on-investment on such vehicles, but the report notes carriers will see savings from fewer crashes, greater utilization and greater productivity. 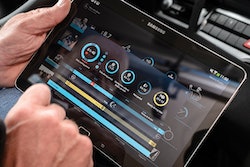 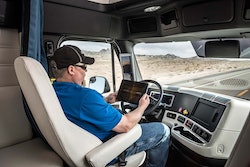 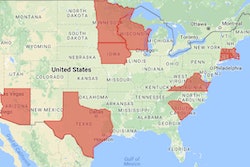