According the the FMCSA “Pocket Guide to Large Truck and Bus Statistics,” in the year 2013, there were 5.7 million interstate CDL operators in the United States. Roughly half, 3.6 million, were reported that year as interstate operators. Of those 3.6 million, it is estimated that as many as eighty per-cent of those are owner-operators. Eighty per-cent of 3.6 million is 2,880,000. Out of those almost three million truckers, you know how many of them made comments about speed limiters when they had a chance?

First of all, let me express my sincere thanks for those who commented and wrote letters. You understand how this works, and you’re free to bitch and moan liberally, because you earned the right by participating in the process. Go forward, write more letters, keep fighting the good fight, you are needed and appreciated.

The others can go stand in the corner and do what they’re told. And don’t give me no lip about it, you had your chance to mouth off somewhere besides Facebook. Don’t let those of us who took time to comment and are still sending letters to our reps every singe day about it hear a peep out of your mouth on the CB when we’re stacked three deep and across on the highway. Not. A. Word.

I’ve written about this before, and I’ve been reminded of it time and again since I began paying closer attention myself to the process of rules and regs in the trucking industry. People sure like to gripe on Facebook, the CB, in the bathroom, at the fuel desk, at the Counter of Knowledge, and anywhere another human being may listen to them, but when it comes time for them to actually be able to provide some recorded, sanctioned, requested discussions about something they have daily personal experience with, everyone suddenly forgets how to comment. It’s crazy. Let there be a disparaging picture on Facebook, shaming a trucker, and there will be 750,000 comments on it. Let the FMCSA ask truckers for their professional opinions on something as intricately woven into the fabric of their daily lives as speed limiters, and you get crickets.

If you don’t want rules and regs imposed on you, tell someone who can do something about it. When you’re asked to make comments, make the comments. You want representation in government? Represent yourself to the individuals you elected to do that job – this is a two-way street, people, and that pun was totally intended. Government was never designed to “give” you anything, it was designed to be crafted by the voice of the people. If the people fail to do their part of the job, the government has no choice but to continue to operate with the information they believe to be true, or whatever nonsense they can get away with, because clearly, no one is paying attention.

Speak to your government. Speak up, speak out, speak often. Most importantly, speak when you are asked for your professional opinion by those who are crafting laws that govern your profession. Give them the tools and information they need to build policy and rules that make sense, instead of relying on them to do it for you, and vehemently bitching about how stupid the mandates are after they come down. That’s not how this works, y’all. 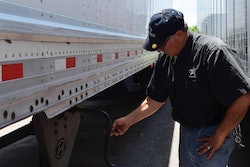 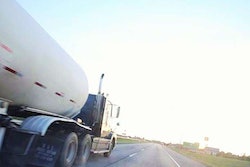