Landstar driver Greg Moore, of Moultrie, Ga., has been named a Highway Angel by the Truckload Carriers Association after he pulled a grandmother from a burning pickup truck in April 2016.

Moore was driving west on Highway 100 outside of Keystone Heights, Fla., on April 13, 2016, when he witnessed a pickup truck take a corner too fast ahead of him, leave the highway and crash into a tree. He immediately pulled over to help, and when he got to the scene, found a woman with a serious arm injury unable to get out of the truck. “I looked down and saw that her foot was up beneath the brake pedal,” Moore said.

Flames and smoke began coming from under the car, and Moore was able to pull the woman enough to free her foot and get her out of the truck just before it became engulfed in flames. A video from Jacksonville news outlet Fox-30 about his efforts can be seen below.

Moore has been driving a truck for 16 years. TCA has presented him with a certificate, patch, lapel pin and truck decals, and Landstar has received a certificate acknowledging their driver as a Highway Angel. 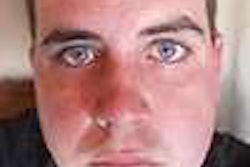 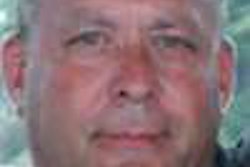 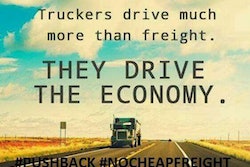 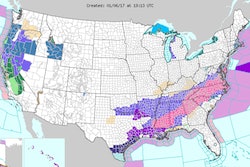