A March 2016 crash between a passenger car and a tractor-trailer in Robstown, Texas, resulting in three fatalities was caused by the 18-year-old driver of the car, the National Transportation Safety Board says in its accident report.

NTSB’s report states that a 2013 Hyundai Elantra, occupied by an 18-year-old driver and three passengers ranging in age from 17 to 19, lost control, crossed the median on U.S. Highway 77 and collided with a 2009 Freightliner. The driver of the car was seriously injured, while the three passengers were killed. The driver of the truck was not injured.

NTSB determined the cause of the crash was the loss of control by the driver of the Hyundai due to inattention resulting from fatigue. According to the report, the car began drifting to the left toward the median, and the driver overcorrected, causing the car to spin into the median and into oncoming traffic.

The Board found that the driver of the car had less than five hours of sleep before the crash and also determined the driver was not texting or on a phone call at the time of the crash, the report states.

“Fatigue is a preventable safety issue that continues to result in far too many crashes,” said NTSB Chairman Christopher A. Hart.  “Young drivers are at a high-risk for being involved in drowsy driving crashes.  Teens need about eight to 10 hours of sleep each night to function best, yet one study found that more than two-thirds of high school students get seven hours of sleep or less on an average school night.  This lack of sleep presents a serious hazard to our youngest drivers.” 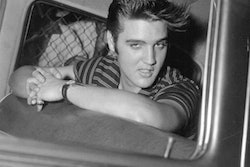