Two and a half years after the case produced a landmark court decision, Penske Logistics has agreed to pay $750,000 to settle a class action lawsuit challenging its alleged denial of state-required breaks for its drivers.

Penske will pay 344 current and former drivers to settle the now 8-year-old case, according to a settlement agreement filed in federal court Feb. 6. Three lead plaintiffs will receive $15,000 each, and the rest of the drivers will receive a share of the remaining settlement. The court overseeing the case has stamped preliminary approval on the settlement, which also includes attorney fees and court costs for the plaintiffs.

The settlement follows a July 2014 court decision by the 9th Circuit Court of Appeals — a court just a step below the U.S. Supreme Court. A three-judge panel for the appellate court ruled Penske must allow drivers paid meal and rest breaks if state law requires.

Penske in a statement said the settlement isn’t an admission of wrongdoing, but rather an end to “protracted litigation.”

“Penske is pleased to have reached an agreement with the plaintiffs’ counsel to settle this dispute,” Penske said in its statement. “The company did not admit any wrongdoing and believes it would have prevailed based on the merits of the claims, but we look forward to the court approving the settlement and putting an end” to the lawsuit.

The decision sparked widespread concern by carriers and trucking trade groups, who argue it could prompt a wave of similar litigation by drivers seeking back pay for meal and rest breaks, especially in California, where the Penske lawsuit began.

The ruling also grabbed the attention of some U.S. Congress members. Initiatives have been pursued in both the House and the Senate in recent years to address the issue by reasserting the federal authority over drivers’ time and pay. Both the American Trucking Associations and the Western States Trucking Associations have said passing such a law is a top-level agenda item with the current Congress and presidential administration.

The Penske decision centered specifically on California law and its requirement that employers give employees a paid 30-minute meal break every five hours on the clock and paid 10-minute rest breaks for every four hours of work.

Driver plaintiffs argued Penske “created an environment that discourages employees from taking their meal and rest breaks,” according to the original 2009 lawsuit.

F4A is the federal law ATA and WSTA hope to see Congress reassert to protect carriers from similar litigation and similar payouts to drivers. “Once one of the cases are successfully litigated, all the ‘me-too’ lawsuits start focusing on much smaller motor carriers downstream,” Joe Rajkovacz, head of regulatory affairs for WSTA, told Overdrive in December. “It becomes legal blackmail against a small business: ‘Pay us or get sued and taken into court.’”

Read more on the Penske decision and potential Congressional action on the issue at the links below. 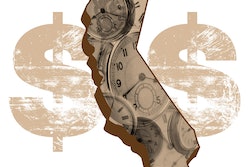 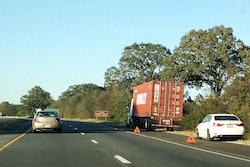 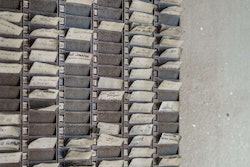