UPS (No. 1 in the CCJ Top 250) is petitioning the Federal Motor Carrier Safety Administration for an exemption from certain provisions in the electronic logging device mandate.

The carrier is asking FMCSA to allow it to (1) use an alternative phase-in method for automatic on-board recording devices (AOBRDs) (2) for an exemption from the requirement that an ELD automatically records certain data elements upon a duty status change when a driver is not in the truck (3) to allow ELDs to be configured to a special driving mode for yard moves and (4) to allow vehicle movements of less than a mile on UPS property by non-driver UPS employees to be annotated in the ELD as “on property – other.”

In the mandate, FMCSA allows carriers that have compliant AOBRDs installed before Dec. 18, 2017, to continue their use until as late as Dec. 16, 2019, before being required to switch to ELDs. Because UPS’ drivers use multiple trucks each week, the company says when it buys new tractors in 2018 that would have to be equipped with ELDs, drivers may have to use both AOBRDs and ELDs, causing “complex and difficult situations to manage.”

UPS is asking FMCSA to allow it to install AOBRDs on new tractors that are delivered to facilities where AOBRDs are already in use to avoid drivers having to use both ELDs and AOBRDs. UPS says all of its vehicles would still be fully ELD-compliant by the Dec. 16, 2019, deadline.

The second provision of the rule UPS is seeking an exemption from deals with ELDs recording data when a driver changes his or her duty status and when a driver logs in to or out of an ELD.

Under the terms of a bargaining agreement for its drivers between UPS and the Teamsters Union, the fleet says it cannot comply with both the requirement that an ELD record tractor data when a driver logs in and out – or changes his or her duty status while outside the truck  – as well as the bargaining agreement contract and pay guidelines for drivers. The fleet is asking FMCSA to allow it to “systematically annotate that the driver was performing other work” to assure accurate recording of on-duty, non-driving time.

To save time for its drivers, UPS is also seeking an exemption to allow the drivers moving trailers around yards to be able to select the “yard move” special driving status and remain in that status, even if the truck is turned off and back on. The company says most of its drivers are required to complete yard moves as part of their regular work day, and UPS requires them to take the keys out of the ignition each time they exit the truck as a safety precaution.

Finally, UPS asks that FMCSA make an exemption for its fuel and wash employees that are not technically drivers. The company says it has 1,434 employees to wash and fuel vehicles that only drive the trucks on UPS property and are not required to comply with hours-of-service regulations. Because the ELD rule requires the device to automatically record data when a truck is turned on and off – and UPS will be using portable, driver-based ELDs and not permanent ELDs in the trucks – providing the non-driver employees with ELDs would be costly. As an alternative, UPS proposes that truck usage of less than one mile by these employees driven completely on UPS property be annotated on an ELD as “on property – other.”

FMCSA is seeking public comment on UPS’ exemption request, which can be made by July 10. 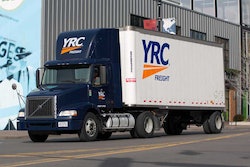