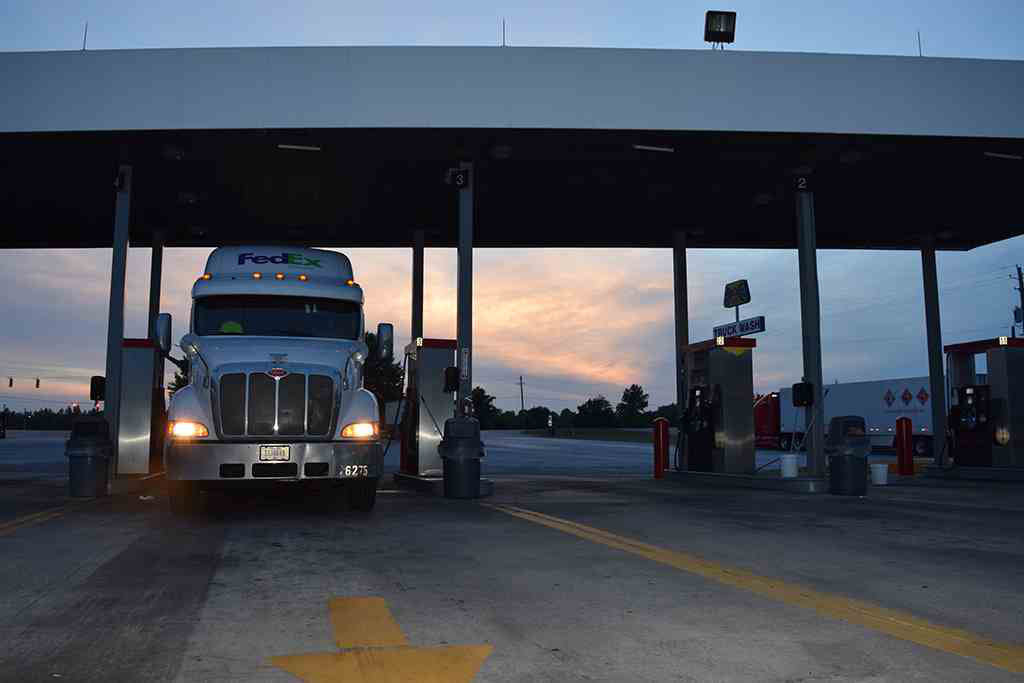 The standards as-is call for a 25 percent reduction in fuel use, compared to 2018 model-year vehicles, by 2027.

The Environmental Protection Agency signaled Thursday it intends to re-evaluate truck and trailer emissions standards enacted by the Obama administration that are scheduled to take effect in the coming years.

EPA said in a brief announcement Thursday that it will “revisit” the so-called Phase 2 emissions standards related to trailers and glider kits, citing “significant issues raised by stakeholders in the trailer and glider industry.”

The Phase 2 rule, finalized last year, requires truck, engine and trailer manufacturers to make significant gains in boosting tractor-trailer fuel economy as a means to cut industry emissions of greenhouse gases. The standards are scheduled to be phased in over the next decade, requiring a roughly 25 percent reduction in CO2 emission and fuel consumption of trucks and trailers built in 2027 compared to 2018 model-year vehicles.

EPA’s intentions to alter the rule apply only to the portions related to glider vehicles and trailers.

“In light of the significant issues raised, the agency has decided to revisit the Phase 2 trailer and glider provisions,” said EPA Administrator Scott Pruitt. “We intend to initiate a rulemaking process that incorporates the latest technical data and is wholly consistent with our authority under the Clean Air Act.”

Pruitt did not provide a timeline as to when the agency would begin or complete the rulemaking.

The Phase 2 rule was the first time the EPA called on trailer manufacturers to play a part in reducing trucking emissions. The Truck and Trailer Manufacturers Association filed a lawsuit against the rule last year, arguing EPA lacks the authority to regulate trailer makers.

The rule’s glider kit restrictions would have forced glider vehicle makers to dramatically alter their operations to meet Phase 2 standards, as reported on in-depth last year by Overdrive. Glider manufacturers, such as Fitzgerald Glider Kits, have tried to engage Congress on the issue, arguing they make up such a small percentage of truck sales that they should be exempt from Phase 2 regulations.

The agency hinted in court filings earlier this year that it may alter parts of the Phase 2 standards. Facing a lawsuit by the Truck and Trailer Manufacturers Association over the trailer-focused regulations in the rule, EPA in April noted in a court motion that it “undertake actions that could obviate the need for judicial resolution.”

Phase 2 emissions standards do not dictate how equipment makers, like trailer manufacturers, should meet the more restrictive emissions rules. Instead, they require only percentage-based improvements in fuel economy and greenhouse gas emissions. Hurdles are scheduled to be phased in over 10 years, culminating in tractor-trailer-wide standards in 2027.