In what is something of annual tradition, George & Wendy Show blogger Wendy Parker offers this tale of fright and uncanny horror, leading into Halloween. Part 1 follows — check back in this weekend for Part 2. Follow this link for last year’s fiction.

Arnold never slept well away from home. He laid in unfamiliar darkness as long as he could, listening to the even breaths of a sleeping companion he scarcely knew. Silently extracting himself from twisted sheets required pausing every few seconds, to keep her from waking. The last thing he wanted was to have to talk to her.

Cold linoleum stuck to his soles as he navigated the dark room with shuffle-steps, looking for his pants and underwear. Pay dirt and a remarkably quiet bedroom door latch granted him freedom to an equally dark hallway without causing her to stir.

As he stumbled through uncharted territory to the bathroom, he silently berated himself for being there at all. He knew better than to sleep with a girl on the first date, but it had been so long, so very long since he’d had a regular release. And she was so pretty and so willing. He hated himself for not having the restraint to get to know her better and explain some things to her before having a sleepover.

Wishing he was at home, Arnold closed the bathroom door before illuminating the room with brazen fluorescent light he wished he didn’t have to use. He certainly didn’t want to take a piss in her laundry hamper. His pupils adjusted just in time to realize it wasn’t a laundry hamper at all.

Fortunately, instant terror and hatred were tempered enough by anger for him to keep from screaming. A sibilant whisper he didn’t even recognize as his own sliced the startled silence. “What the hell are you doing here?”

The tiny 2,000-year-old Pygmy Warrior stomped his foot and shook his miniature bone-encrusted battle spear, making an unbearable amount of noise in the silent apartment. “Aah-nald! I am wit you always! You cannot banish me!”

Arnold flipped on the fan, hoping to drown out the sickening voice he had become so accustomed to during recent months. It didn’t frighten him anymore, it made him angry. He increased the volume of his hiss to a screaming whisper. “Shhhh-ut up!! She’s asleep, you jerk, if you wake her up, you know there will be trouble here. I told you to stay, I told you I’d bring you something! Can’t you leave me alone for one stinking night??”

Tight black skin stretched across his ancient tiny skull split to reveal a horrifying smile. “She had de cats, Aahnald. You know we cannot have de cats.”

Ice ran through Arnold’s veins when he realized the use of “had” instead of “has” in the Pygmy’s maniacal statement. “Oh God. You’ve already done it, haven’t you? Ohgodohgodohgod — I liked her, I think she would have understood! Now you’ve ruined it! We have to leave … now.”

A deep, bubbling chuckle erupted from the tiny one. “No Aahnald. You go I never go. I yam eternal.”

His laughter pissed Arnold off enough to make a grab for the Pygmy’s neck. Arnold knew if he could just catch the little freak once, and squeeze the life out of him, his troubles would be over.

—-
Leslie rolled over groggily, and realized she had the bed to herself again. She couldn’t remember if she’d let the cat out, and was a little miffed that Arnold had left without saying goodbye. They’d had a great first date, he seemed like the sweetest guy ever, and the bottle of wine she drank at dinner helped ease things into a more “personal” mode afterward. She blindly patted the night stand until she found her phone, and checked to see if he’d left her a message.

She smiled, set her alarm for eight, and sacked out for three more hours of much-needed sleep before work.

—-
Arnold made it to his car without waking her. That little jerk had done it again. The moment Arnold lunged, and actually felt his hands connect with something solid, he instinctively squeezed the life out of it. Once again, when he examined the limp remains of his brief fugue, they were not those of the intended pygmy warrior. The little menace had been following him around, showing up unannounced, and making his life miserable for almost 18 months. In that span of time, Arnold had inadvertently murdered a stray cat, his next-door neighbor’s cat, and now, Leslie’s cat. Her cat that she had 12 framed pictures of on the various flat surfaces of her tiny, immaculate, apartment. He had killed her cat. And he really liked her.

He had every intention of throwing the lifeless feline on the road somewhere close to Leslie’s apartment, and running over it, so the death was considered “accidental.” He found a good spot, pulled off, and reached over to grab the dead cat. Instead, he grabbed the point of a tiny spear.

“Ouch! Goddammit! What the hell are you doing here?”

“You just want to eat it! That’s why you’re making me kill all these cats, you horrifying little jerk! Why don’t you just go away? Why are you screwing with me?? I’m a nice guy!”

After considering how distressing it might be for Leslie to find her companion squashed in the road, Arnold reluctantly threw his car into gear, and took the cat corpse and pygmy warrior home with him.

—–
Leslie awoke amazingly refreshed, considering the wine and late night she’d had. Make coffee, feed the cat, quick shower, dress, and work by nine — she ran through her auto-pilot list as she mindlessly scooped fragrant mounds of black gold into the paper filter.

“Kitty kitty, here Monkey, kittykittykitty!” She sang out the back door for the Maine Coon she’d had since her last year of college. He was elderly and huge, but still preferred to go outside and sit under the bushes in the evenings, napping and patrolling the premises. She usually ushered him back inside before going to bed, but even when she didn’t, he never failed to show up for breakfast. Monkey would spend the day sleeping on the couch, while Leslie worked. He was her boon companion, and had been her patient, purring, tear-soaked pillow for many heartbreaks.

She continued to go through the motions of her morning, setting out his food and moving on to the shower, confident he’d show up eventually. 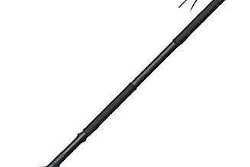 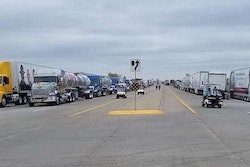