Speaking at the Mid-America Trucking Show in Louisville, Ky., Office of Enforcement and Compliance Director Joe Delorenzo of the Federal Motor Carrier Safety Administration emphasized a variety of aspects of the electronic logging device mandate for hours of service regulations. Much of the presentation centered around the exemptions that exist, and how to make them work for you if you can claim them, and Delorenzo later told Overdrive he expected that proposed changes to personal-conveyance and agricultural-exemption guidance for the hours of service would be finalized by June 18. 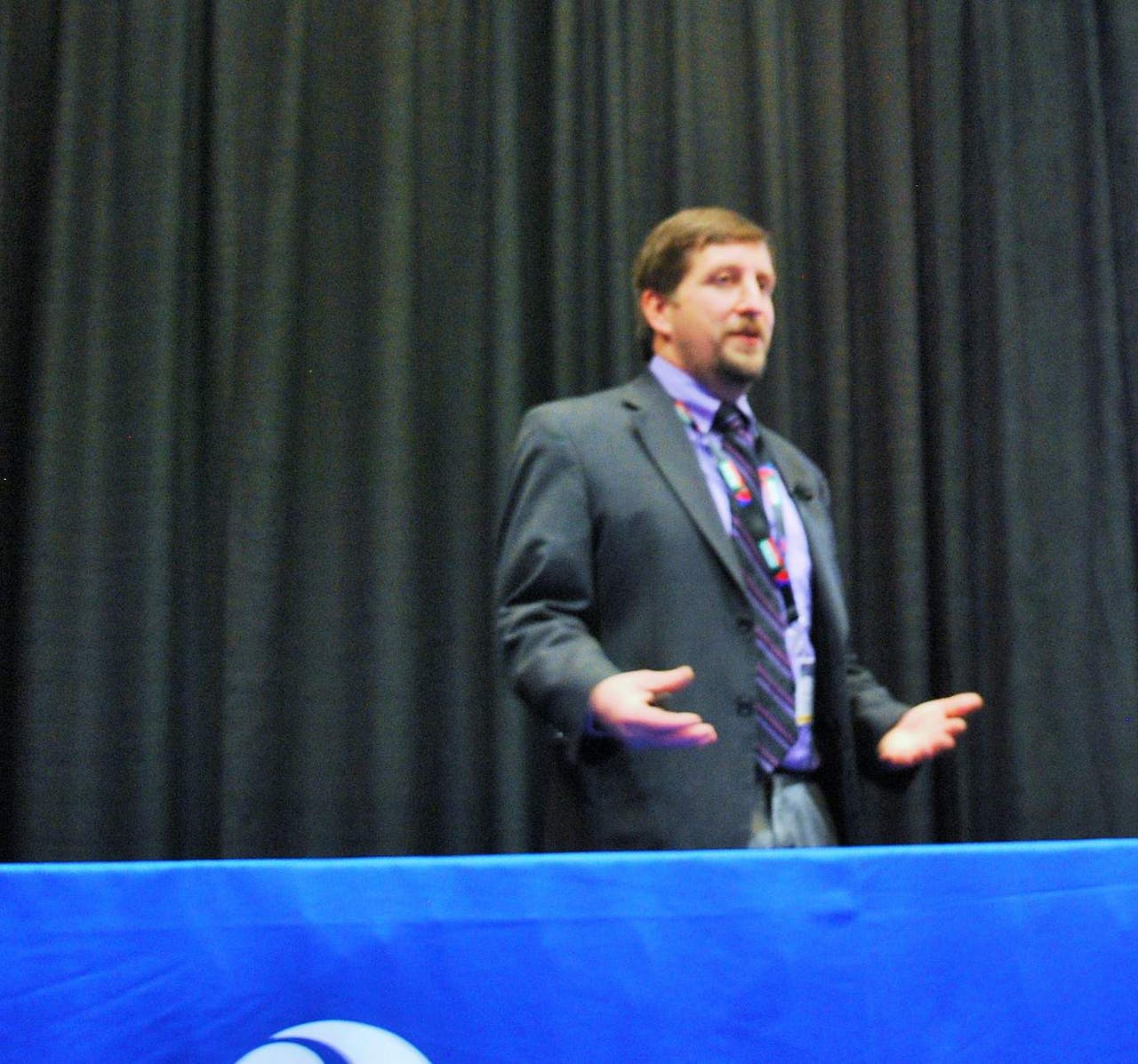 That’s 90 days following the Feb. 20 close of the comment period for the proposed changes, and Delorenzo’s hopeful the lag between proposal and finalization of the new guidance could be “more like 60 days,” he said.

During the presentation, he clarified for a full house in the MATS seminar room one aspect of the ag hours-exemption change proposed that surprised a bevy of operators in attendance.

A lesser-reported aspect of that proposal, it would cement a particular interpretation of the ag exemption, which exempts haulers of agricultural commodities loads originating at the source from hours of service entirely within a 150 air mile radius. Under the proposed change in guidance, such drivers would only be subject to hours of service and need to utilize a logbook — or an ELD, as it were — once they cross that 150 air mile radius, 172.6 road miles from the load’s origination, according to some interpretation, Delorenzo added.

How to account for such hauls “gets complicated when you exit the 150 air mile radius,” said Delorenzo. Under the guidance as proposed, crossing that threshold would mark “when your clock starts.” If you “drive three hours [within the radius],” those are essentially free hours. Cross the radius then “at the end of that radius, and your clock starts with an available 11 hours in a 14-hour day.”

The federal definition of agriculture includes ag products that are essentially not processed, from livestock and bees to non-processed produce. To operate under the agriculture exception, haulers must be operating during planting and harvesting season as defined by the states. In many states, Delorenzo adds, such season is defined as Jan. 1-Dec. 31. And as written in proposed guidance, the hours exemption would “include an exemption on the return if you’re going back to the source.” The need for hours tracking would disappear when the hauler crossed back into the 150 air mile radius.

The need for such a hauler to utilize an ELD would be there only if such logbook-necessary trips occurred for more than 8 days in any rolling 30-day period.

Delorenzo outlined a variety of specifics around the ELD rule, including recently reported procedures for out of service orders issued to drivers required to utilize an ELD come April 1, during the presentation. Catch Overdrive‘s Holley Young’s live-stream of the presentation from MATS in the video below for more:

The area that saw the perhaps largest focus of attention from owner-operators, drivers and fleet owners in attendance was the ELD mandate’s exemption that is tied to the year of the engine, where much gray area exists, particularly in the area of factory-reman engines that have gone into thousands of new gliders in recent years. Somewhat late in the game preparing for the ELD mandate, as previously reported, FMCSA changed its guidance on whether the pre-2000 model year exemption would be tied to the truck chassis model year or the year of the engine.

As many owner-operators running gliders or other trucks with a model-year discrepancy between the truck and engine have done, Delorenzo noted that, though no regulation requires a driver to carry documentation of the engine year to prove the exemption, anything an operator can do to provide proof in lieu of a clear engine sticker could well grease the skids for officers at the roadside.

“The NHTSA regs require you to maintain information at the place of business” about changes to engines, he said. Nothing requires a driver to have proof in the cab, but “if there’s something you can do to make it easier” for an officer to determine the engine year, for instance keeping engine paperwork with your permits and etc. in-cab, “that could get [inspectors] out of your hair – that’s kind of a recommended practice.”

Training on particularities of the numerous factory-reman and other glider engines, he added, was under way as he spoke, with “a whole other crowd of our folks” across the nation “retraining all of our other enforcement folks in the states to get it as uniform as possible as we can get it.” 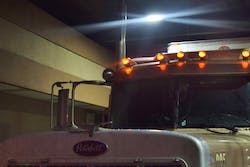 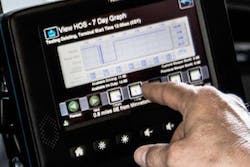 Clock ticking for ag haulers to adopt an ELD 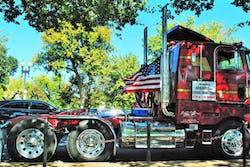 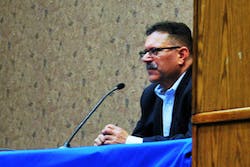