Spot market ‘checks and balances’ on offer in the last week for van, reefer freight

DAT’s Matt Sullivan notes “checks and balances” kept rates steady to down a smidge nationally for vans and reefers last week, a steadily rising number of truck posts offsetting whatever gain in posted freight volume may have materialized in the load-to-truck demand indicators. The “slow and steady increase in the number of trucks available … has had a downward effect on rates,” he says, “but there’s enough of an uptick in volumes to keep prices from moving too much.”

Higher fuel prices, too, “have kept the pressure on rates to stay up,” he adds, so any gain may have been offset by an increase in costs.

Higher load counts in places like Atlanta and Los Angeles were also good indicators for truckers in the spot market. And on the top 100 van lanes, rates rose on 47 of them, compared to declines on 48 lanes. The other five lanes held steady.

Hot markets: Increases rates were scattered and relatively small. Denver, Houston and Stockton, Calif., led the way, but in many instances where prices on one lane went up, it was offset by declines in the opposite direction. For example, van rates on the lane from Denver to Chicago rose 13 cents per mile on average, but prices fell 13 cents going from Chicago to Denver.

Not so hot: Midwest haulers still feel the lingering effects of the winter slowdown in Chicago. Late-season snow and bad weather have kept shipments down and reduced some of the demand for trucks, so outbound rates there are down for the month.

Hot reefer markets: Though Florida volumes didn’t keep pace with early-April strength last week, reefer rates did spike out of Lakeland, Fla. The lane from there to Charlotte surged 41 cents to an average $1.93 per mile, but the increases could be short-lived without an increase in volumes this week. In California, load counts were way up in Sacramento, while reefer rates got big boosts in Los Angeles, Fresno and Ontario.

Not so hot: Of all the major reefer markets, Philadelphia had the biggest drop in outbound rates. And of the top 72 reefer lanes, the biggest decline was on an inbound lane: Grand Rapids, Mich., to Philly fell 44 cents, but still averaged $4.29 per mile. 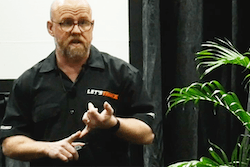 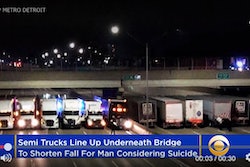