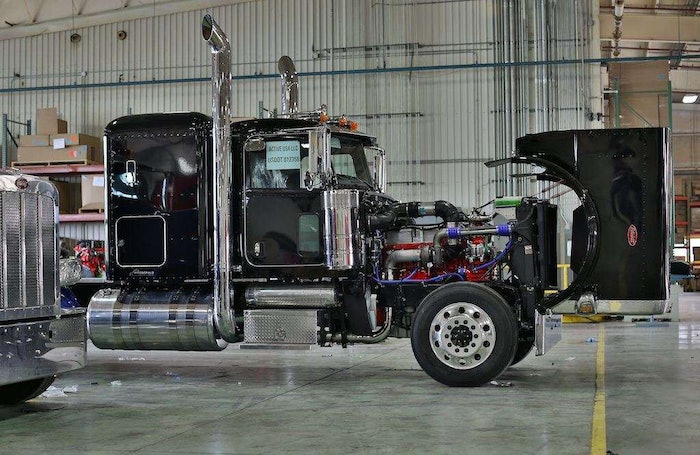 Reversing a move made less than two weeks ago by the Environmental Protection Agency, a federal court on Wednesday ruled to temporarily block a July 6 decision by the EPA to not enforce Obama-era emissions standards placed on glider kit trucks. The court’s temporary injunction against the EPA’s move means that glider kit builders will be capped at making and selling just 300 trucks annually until the the court lifts its injunction or the EPA finalizes a rule to repeal emissions regs on glider kits.

A three-judge panel for the U.S. Court of Appeals in the D.C. Circuit ruled 2-1 in favor of a motion filed by a coalition of environmental groups, who sued the EPA after the July 6 announcement of the stay of enforcement.

The EPA’s attempt at an enforcement-policy change had been seen as a major win for glider kit makers like Fitzgerald Glider Kits, who have fought the emissions regulations in recent years. But the lawsuit filed by the Sierra Club, the Environmental Defense Fund and the Center for Biological Diversity challenged the change. The D.C. Appellate Court on Wednesday sided with the environmental groups, saying it would put a stay on the EPA’s enforcement discretion “pending further order of the court.”

EPA is working on a rule to rescind the Obama-era regulations and permanently remove the 300-truck annual cap on the output glider kit builders, but the rule has been slow to come to fruition. The EPA proposed the rule to rescind the glider restrictions in August of last year, but the restricitons took effect January 1 of this year, meaning glider builders were left to comply with the 300-truck cap pending a reversal. The EPA’s July 6 decision to not enforce that cap was meant to give the EPA more time to finalize the rule and, in the meantime, allow glider kit makers to continue business as usual, producing and selling as many gliders as they sold in 2017.

Glider kits are new truck bodies and chassis that are equipped with older, remanufactured engines and transmissions. They had seen strong growth in sales since 2008, a time when complicated emissions equipment had become standard issue in new heavy-duty diesel engines. The EPA sought to stymie glider-kit market growth with its 2016 Phase 2 rule, claiming gliders produced an outsize share of emissions of greenhouse gases and particulate matter relative to gliders’ share of total truck sales each year.

Business that have benefited from the pandemic will likely stay strong even as services compete for consumers' discretionary spending.