In 2016, the National Association of Independent Truckers and its Truckers Insurance Exchange (TIE) launched an alternative to traditional health insurance plans, partnering with Aliera on an AlieraCare option that paired preventive care coverage with a “Health Care Sharing Ministry” for hospitalization. As then described, it’s not traditional third-party insurance, but rather arises from religious-entity-based risk-sharing groups. At once, it’s intended to provide group members with medical services and maintain compliance with the Affordable Care Act’s individual mandate requirement, thus offering a way to avoid the penalty and get basic health benefits.

Given ongoing uncertainty around the ACA, the association is in the midst of something of a re-launch of the offering.

The penalty for carrying health insurance will only be in play through the end of this tax year, given since that time Republicans have axed the individual mandate to purchase health insurance under the ACA, set to sunset after 2018. And while “nothing really has changed” about the NAIT’s plan materially, says NAIT/TIE rep Marc Ballard,  there are “many more individuals using the program this year. Health care ministries overall now have in excess of 1 million members nationwide, and growing. And with more individuals dropping out or opting out of ACA plans, NAIT/Truckers Insurance Exchange has put a renewed emphasis on Aliera Healthcare as a viable healthcare option.”

As before, Ballard says membership in the group averages about $199 monthly for an individual, $599 for a family, and benefits include its “self-insured pool for hospitalization and surgery, the major medical-type component, with a [high] deductible similar to what you see in bronze plans on the [ACA] exchanges. On the front end, there’s first-dollar coverage for doctor visits and other components that provide the minimum to make it ACA-compliant” and avoid those penalties.

Keep in mind, though, for those with pre-existing conditions the ACA exchanges will be your best route, as some exclusions apply in AlieraCare.

Find more information about the TIE program via this link. 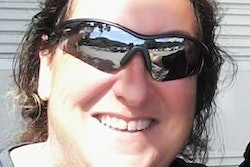 Reinforcing the value of an old friend: The St. Christopher ‘Truckers’ Fund’