Coming in early September from the Motorola company is the Wave two-way radio, which allows for push-to-talk team communications over a nationwide LTE cellular network. The new Wave TLK 100 will come in a bundled solution — including the radio, cellular service and software — built for the needs of businesses with a geographically dispersed workforce, including trucking companies.

The device can be deployed out-of-the-box ready, the company says, for team collaboration, provides communication and location tracking, allows for remote updates anywhere across the country, and is easily scaled as a business grows or sees a greater need for push-to-talk cellular.

Users of the Wave radio will subscribe to Motorola Solutions’ WAVE wireless service, the company adds, which it says leverages the nation’s best carriers for service.

It operates with an embedded 4G SIM card permanently attached to the device to prevent it from being stolen or removed. While it can function over a Wi-Fi network if LTE coverage is lost, it requires a data service plan to work.

The radio will be available through authorized WAVE wireless agents, which can be found at waveoncloud.com.

Motorola moved in this direction for push-to-talk cellular after hearing feedback from customers indicating that push-to-talk features available on smartphones via apps were challenging to use in certain work environments, including being a distraction behind the wheel in a truck’s cab. The Wave TLK 100 is built with ease of dedicated use and durability in mind.

The company expects a hands-free vehicular kit to be available later in 2018. 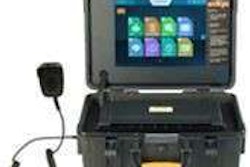 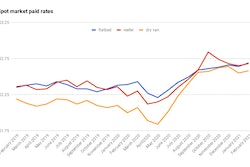