Drivewyze PreClear weigh station bypass has expanded its service in Nebraska, adding three more locations on I-80 and two on Highway 2. These five locations join an existing Drivewyze service site on I-80.

The new Drivewyze locations were installed at the three busiest weigh station locations in Nebraska, says Drivewyze, in Waverly, eastbound (joining the westbound site that was previously activated) and North Platte (both east and west). On Highway 2, the locations are in Nebraska City, both west and eastbound. Nebraska City is the state’s third busiest weigh station (about 40 minutes south of Omaha), says Drivewyze, and connects to Kansas City. 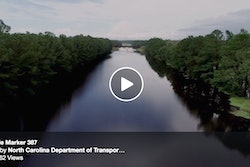 Hurricane Florence turns I-40, I-95 into rivers

U.S. 95 at I-15 in Las Vegas set for overnight closures this week