In response to the recent announcement of a 35 percent toll increase for truckers using the Indiana Toll Road by Indiana Gov. Eric Holcomb, the Owner-Operator Independent Drivers Association sent a letter decrying the toll, calling it “punitive” and “discriminatory” against truckers.

The toll, set to take effect Oct. 5, will increase tolls by 35 percent for Class 3 and above trucks using the ITR. Following the increase, truckers would be paying just over $60 to travel the 157-mile highway. Truckers currently pay $44.50 to use the entirety of the I-80/90 toll road.

In the letter dated Sept. 19, OOIDA President Todd Spencer noted that, when considering Indiana’s 73 cents-per-gallon fuel tax, drivers will be paying an average of more than 50 cents-per-mile on the ITR.

Spencer added that the increased tolls would encourage truckers to begin using alternate routes to bypass the toll road.

“Truckers make the decision to use alternative routes not based on an attempt to maximize their profits; rather it’s an exercise in survival,” Spencer said. “Tolls impose a financial burden on small-business truckers who are already operating on the smallest of margins. The small-business truckers who pay the tolls are the segment of the trucking industry least able to pass on their increased costs. Accordingly, they are the individuals who will personally shoulder most of the financial burden as a result of these toll increases.”

Spencer also responded to claims made by Holcomb that trucks do 10,000 times more damage to roads than cars, calling the claims “absurd and unsubstantiated.”

“Despite your absurd and unsubstantiated claim that trucks do ‘10,000 times’ more damage to roads and your suggestion that truckers are ‘lucky’ they aren’t being charged 10,000 times more than cars, we would remind you that truckers already pay more than their fair-share in state and federal taxes,” he said. “As much as the government likes to treat them as such, they are not rolling piggy banks.” 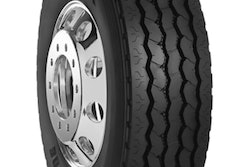