Previously in this series: Cargo van hauling: Operating with authority, and the ‘multicarrier’ model

Most hauling the almost 2-year-old Nabis company does is of the last-mile variety on a traditional hub-and-spoke model, says cofounder Vincent Ning. That segment among the nation’s total overall freight mix has been among the fastest-growing due to the rise of e-commerce, with urban and intraregional deliveries multiplying rapidly.

A lot of that last-mile business is being conducted in vehicles such as those used by Nabis, with its Nissan NV200 delivery vans and a lesser number of Mercedes Sprinters. But not much of that freight is destined for the same endpoints Nabis supplies: Newly regulated, and newly legal as of 2018, recreational-cannabis dispensaries in California’s marijuana market.

Vans are ideal for the business because they can appear “a little more discreet” than a box truck, Ning says, and they are not required to cross scales since they’re less than 10,000 pounds. The slightly larger Mercedes Sprinters in Nabis’ 15-unit distribution fleet have the same advantages. He employs them to transfer product from suppliers to, and on point-to-point hauls between, Nabis’ warehouses in the Los Angeles area and Oakland. From those sites, the NV200s, upfitted according to California Bureau of Cannabis Control requirements, “fan out to retail locations with orders.” 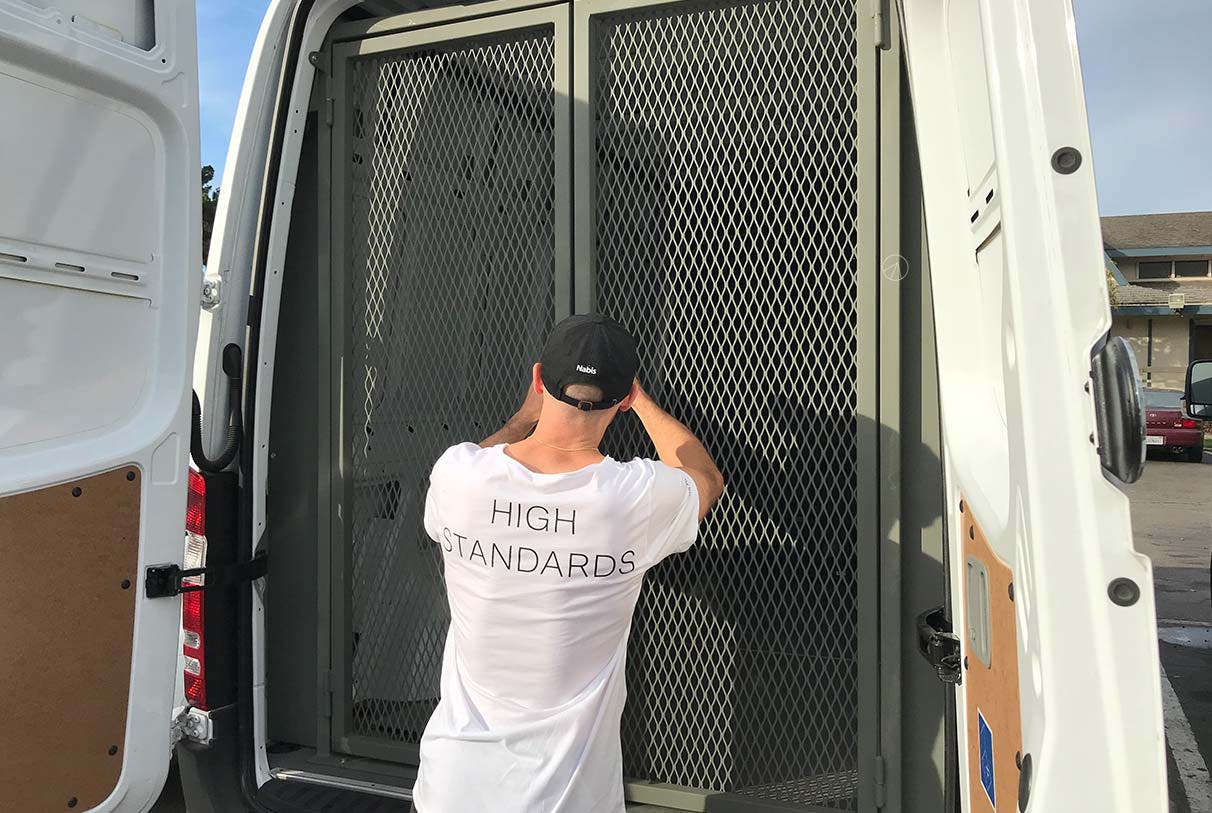 This attached caging at the back of a Nabis-owned Nissan NV200 is part of what’s required by the California Bureau of Cannabis Control’s cannabis-transport regulations. Nabis CEO Vincent Ning says the regulations also led to outfitting vehicles with security cameras, alarm systems and GPS units.

Upfit costs can vary considerably. With the Sprinters outfitted with refrigeration capabilities for the cargo hold, the modifications are slightly more expensive, adding $10,000 to $12,000 to an approximate $50,000 initial price tag, Ning says. The Nissans’ upfit, less that climate control, adds about $7,000 to the $24,000 sticker.

The upfit entails secure caging for the product. The bureau’s regulations also require a drop-only safe secured to the frame for cash. Given the continued federal illegality of cannabis, cash underpins much of the legal-cannabis economy.

“Whenever we drop off a delivery,” says Ning, cash “is picked up by the driver and gets brought into the vehicle and slipped into the safe. Facility managers are the only people who know what the passcode is” — a protocol meant to protect the driver from robbery attempts. 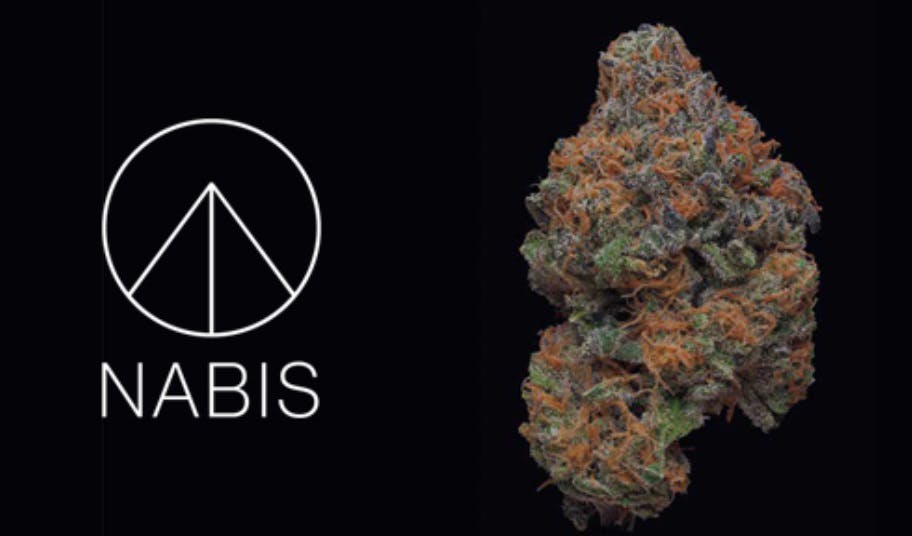 Cannabis transport company Nabis has done well in its short history, says founder Vincent Ning. Nabis has coverage of “90 percent of the retail dispensaries in California” and relationships with “35 different brands.”

“We’ve heard of delivery drivers getting shot,” says Sergio Buenrostro of Hardcar, a hybrid distribution and security firm dedicated to cannabis- and cash-transport security. Other incidents have involved promotional representatives “knocked out stepping out of the retail shops. It’s money, and criminals are out there.”

Cash quantities in Hardcar vans can be exceptionally large. The company has positioned itself less within the retail distribution side of the dope-delivery business and more on the cash-haul side that rolls from retailers, growers and distributors to Hardcar’s processing center for storage or direct to the Federal Reserve.

Hardcar’s fleet, 14 basic plus two frozen-in-transit-capable vans, is about the same size as Nabis’ but takes the regulatory requirements further. Hardcar’s Ford Transit 250 vans have added armoring with steel plating and bulletproof glass, making them something of a discreet armored-car service. Units are equipped with satellite phones and GPS tracking.

Cash pickups occur at 10 to 15 locations throughout the state, says Buenrostro, who’s also a driver-agent with the company, one of about 20 employed there. Setting out for a cash haul, Hardcar “contacts retailers so they know we’re coming. We go in fully armed, and we pick up and take off with … a boatload of money in the vans bound for the processing center” the company maintains for sorting and secure storage.

Hardcar’s also active in more bulk-type marijuana hauling in their vans, with destinations more to processing warehouses from farms or between warehouses.

Next in this series: New hauling markets: Where recreational cannabis is legal 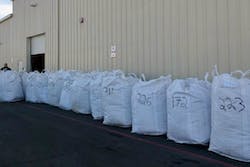 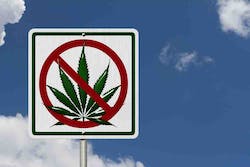 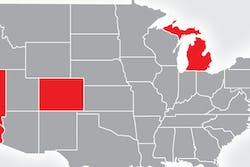 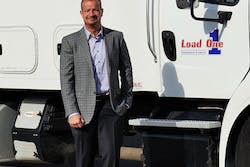